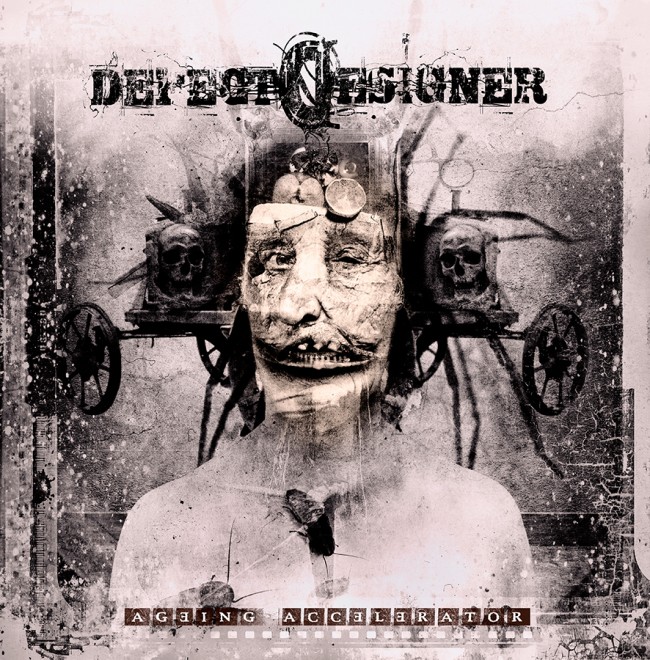 September 8, 2015
Reading time: 2 min.
Facebook
Twitter
Pinterest
WhatsApp
Linkedin
Email
Print
Telegram
Copy URL
By Andy Thorley
Their album is just out – they give us the lowdown on Ageing Accelerator
Ageing Accelerator. Something that drastically increase your ageing, something you found out. You instantly become old. There is no major concept in the album.
1. Corpsewatcher is about the old tradition to be around the dead body all night till last minutes above the ground, despair.
2. Yellow Grimace is based on real story of a person receiving someone he knows to prepare for final ritual.
3. The Terrible is about Ivan The Terrible.
4. I Remember You Dead is based on a story of Edgar Allan Poe, The Casque of Amontillado. Revenge!!!
5. Flies On Your Lips is about the person who decided to kill himself. Wrote lyrics after it happened to a person Dmitry Sukhinin knew.
6. Crusaders is about wars and economic wars, wars for oil and territory. And about Hypocrisy.
7. Berenice is based on Edgar Allan Poe’s story Berenice about sick obsession with teeth.
8. Communist Architectonics is about disgusting architectural style USSR used to contaminate the cities with exploding old cathedrals, churches and something that was really beautiful and replacing it with atrocious concrete.
9. Temple Of Artemis is about people whom we should not memorize like the one who burned the temple.
10. StarDust is instrumental, initially was a song for bass guitar, but it evolved.