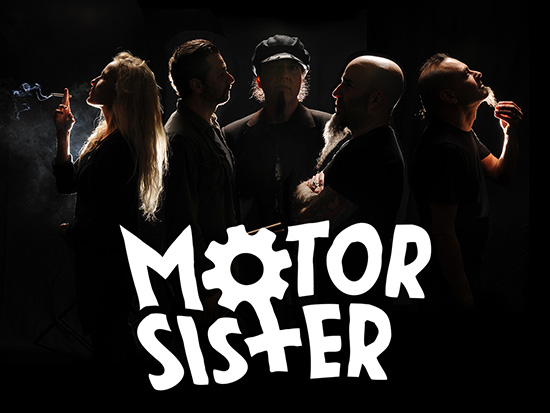 Motor Sister have just confirmed a special show on June 26th in San Francisco with Steel Panther! The show is at the Regency Theater, and doors are at 8pm. Get tickets online now at axs.com HERE. In celebration of this show announcement, Motor Sister is proud to release a brand new music video for “Beg Borrow Steal” from their Metal Blade Records debut, “Ride.” The Jack Bennett directed video is streaming now at metalblade.com/motorsister!

Motörhead’s “Motörboat” is known for their amazing lineups, and it was only fitting that Motor Sister be part of the bill. The band will bring the songs of Mother Superior to the high seas for the first time! The cruise takes place September 28th through October 2nd and more info can be found at motorheadcruise.com.

Motor Sister‘s “Ride” debuted on the Billboard charts after its first week of release. The album cracked the top 10 with the #9 position on the Billboard New Artist (Heatseekers) chart. Additional chart numbers have been listed below!

MOTOR SISTER is a group of musicians whose collective musical pedigrees speak for themselves. Mother Superior founder, guitarist, and vocalist Jim Wilson fronts the band, with Anthrax’s Scott Ian on guitar, Pearl Aday on backing vocals, Joey Vera on bass, and John Tempesta on drums.