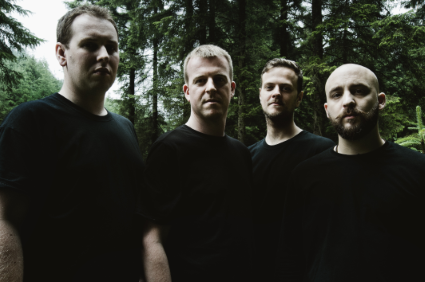 “It’s a fantastic achievement for the band to be recognized in this way by the metal media and the fans,” said Naughton.  “I feel like we’ve always stayed true to who we are and what we do as a band and I’m glad that our passion and spirit for the music we make is shared by others.  It means a lot to us to get here based on merit and to be considered amongst some amazing peers in the metal world.  We thank you all for your support.”

The Manchester-based quartet are riding a huge wave of increased popularity and interest since the release of their fourth full-length album,The Divination of Antiquity last autumn.  Terrorizer notes, “Winterfylleth deserve accolades for their role in establishing an unmistakably unique identity for British black metal.”  New Noise called it an “absolutely top-tier black metal album.”  Metal Injection added, “a masterstroke of elemental black metal.”  A special collection set of the band’s recordings was released in North America on May 18 titled The Fathers Of Albion-An Anthology 2007-2013.  The limited edition package features early and hard to find recorded material from the band plus albums The Mercian Sphere (2010), The Threnody of Triumph (2012), and reissue of their 2008 debut The Ghost Of Heritage.

Continuing to tour in support of The Divination of Antiquity, Winterfylleth will make their third appearance at the annual Graspop Metal Meeting in Dessel Belgium this Sunday.  Additional summer festivals for the band include Brutal Assault on August 7 (Josefov, Czech Republic), and Party San Open Air on August 8 (Schlothein, Germany).  The band will headline a UK tour beginning September 17 in Sheffield.  Label mates Voices will join the band for the 8-city tour.

Video of the band accepting the Metal Hammer Gold God Award can be seen HERE.

Previous article
Death To All But Sister
Next article
They Didn’t Quit, So No Complaining