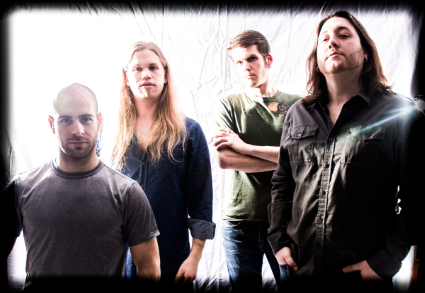 If you thought Nashville was all about Country Music, think again

With the unlikely home base of Nashville, Tennessee, one might wonder just how Dark Hound managed to achieve a heavy metal sound that seems so distinct and distant from the country music heroes spun off of Music Row. “Though we live in the capital of Country music, Nashville really is Music City, USA.  There is such a rich and diverse musical community in this town, you don’t have to go too far off Broadway to escape the honky-tonks filled with tourists in boots and cowboy hats and find amazingly talented musicians from all walks of life playing all sorts of great music.  I think where we’re from is an important factor as to why we don’t sound like your typical modern-day metal group”, says ET Brown, vocalist and bassist of the decidedly different Nashville act.

Formed in 2009, Dark Hound is comprised of ET Brown, Elliot Gordon (Clorange), Josh Brown (Enfold Darkness, Nashvillbilly) and Evan Hensley (Nightfall). Both the band and their sound were forged out of mutual friendship and respect for the musicianship and song-craft that define top-tier heavy metal music.

“We’ve all been friends for years”, says guitarists Evan Hensley.“Something special happens when you create music with people you have a real history with – it’s just very natural. I think it’s also safe to say that we’d all love to help put Nashville on the map for metal!”

The follow-up to the band’s promising self-titled debut full-length album was recorded and engineered by Frank Serafine at Free Man Studio with additional guitars recorded by Evan Hensley at Twilight Cloud Studio.  Vocals were co-produced and recorded by Kaelin Tauxe at Lair de Rocke, while the mixing and mastering was handled by Jörg Uken at Soundlodge.