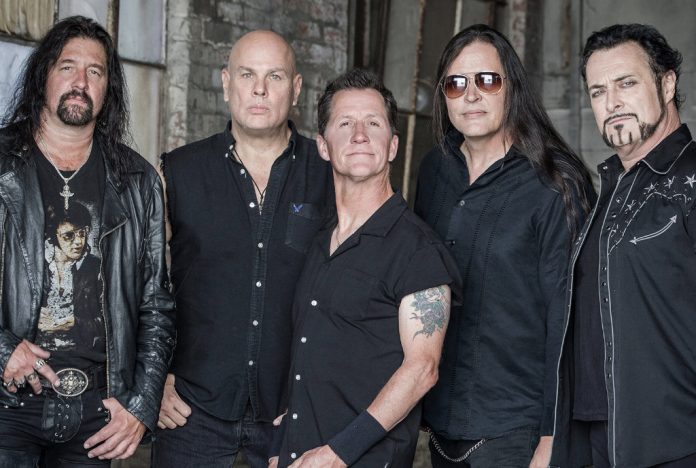 Hot on the heels of the aforementioned announcement, METAL CHURCH have released the first music video for the title track ‘Damned If You Do’. The song is quintessential METAL CHURCH and showcases the sound that has garnered the band fans all around the globe, with its driving guitar riffs, punishing drum beat and instantly recognizable vocals. The live performance video can be seen here:

Mike Howe comments: “I hope the fans enjoy this first video, it really sets the tone for the entire album. We are doing our best to keep metal alive METAL CHURCH style. Damned if we didn’t!”

Stet Howland adds, “From my first listen of the ‘Damned If You Do’ demo I was blown away. From Mike’s ‘hummm’ intro to Kurdt’s bad ass guitar riff to the infectious chorus, I was hooked! If I was any more excited people would have to call me ‘shit legs’. Hahaha.”

Damned If You Do also features new drummer Stet Howland (ex-W.A.S.P./Lita Ford). Stet first arrived after the departure of long-time drummer Jeff Plate, but soon after joining the band he was diagnosed with diffuse large B-cell lymphoma. Miraculously his treatments for the aggressive non-Hodgkin lymphoma worked and he was able to begin recording the new album.

Damned If You Do is something truly unique and special. The songs are powerful, precise, and METAL CHURCH‘s musical vision is unified. From the haunting opener ‘Damned If You Do’ to the final hard-edged track ‘The War Electric,’ this new album is sure to resonate with fans from the band’s early years while garnering new ones. Songs like ‘By The Numbers,’ ‘Guillotine’ and ‘The Black Things’ are sure to become instant favorites!

Previous article
ALL WHITE, IT’S TIME FOR A RAVE?
Next article
INKED IN