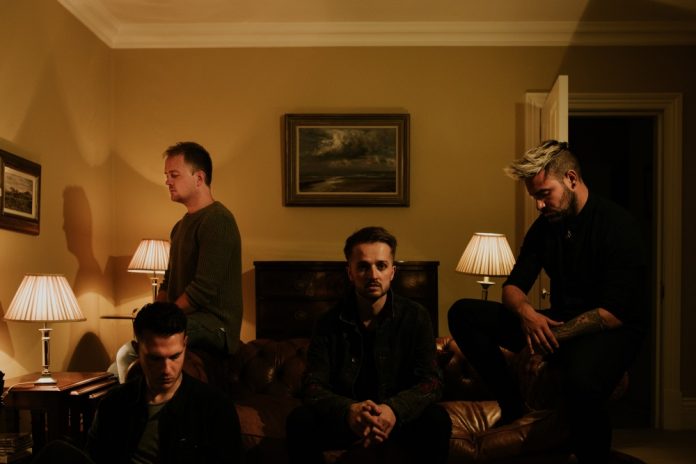 Alt-rock four-piece CHAPTER AND VERSE have released a video for their new single ‘Ink’. A powerful and captivating listen, ‘Ink’ follows the band’s previous singles ‘A Devil In Blue’ and ‘Magazines’.

“Ink is about feeling disillusioned with adulthood and the dangers that lie in obsessing over self-improvement,” says frontman Josh Carter. “The song is unlike anything we’ve done before and we’ve been really embracing the evolution of what we do. CHAPTER AND VERSE has become a vessel for us to properly embrace life and for us this song serves as a reminder that focusing only on how to be happy can actually give you the opposite outcome.”

“It’s been in our live set for a long time now,” Carter continues.“We’re at the stage where people at our shows are singing the words back to us without having ever heard the studio recording. It’s been a long time coming and we’re so excited to finally get it out there.”

To celebrate the release of ‘Ink’, CHAPTER AND VERSE will play a sold-out headline show at The Black Heart in Camden, London, where they will be joined by Bellevue Days and Luke Rainsford.

Becoming the best version of yourself can be a long and complicated road, but CHAPTER AND VERSE have been patiently taking their time. Their reputation has seen them quickly reach the dizzying heights of the 2000trees Main Stage, garner much coveted tour supports for Dream State, Courage My Love and Hellions, turn heads at the Radio 1 Rock Show and Kerrang! Radio, and even gainMetallica‘s Lars Ulrich as a member of what CHAPTER AND VERSE call “The New Breed”.

Having released two songs in two years, this band’s abilities are far from being fully understood. ‘Magazines’ is an honest reflection on the emotional aftermath of the near-loss of a friend and ‘A Devil in Blue’ is an open apology to a loved one, but it’s their new single ‘Ink’ that now has everybody talking.