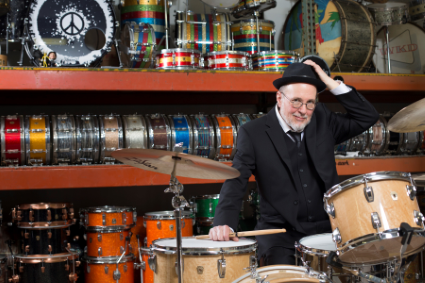 Legendary Cheap Trick drummer and 2016 Hall Of Fame Inductee Bun E. Carlos is set to release his brand new solo album ‘Greetings From Bunezuela’, on June 24th on SPV Recordings as a jewel case CD, download and stream. ‘Greetings From Bunezuela’ is a rocking and eclectic set of tunes drawn from a deep trawl through an inveterate record buyer’s collection, individually interpreted and expertly recorded by a stellar set of guest musicians and vocalists.

The album contains a mix of covers of reasonably familiar anthems and lesser known classic songs by superstar artists, alongside obscure selections of gems of compositions from virtually unknown musicians’ discographies. Well-known tracks include ‘Tell Me’ by the Rolling Stones, ‘I Can Only Give You Everything’ by Them, ‘Him or Me’ by Paul Revere and the Raiders and Bob Dylan’s ‘It Takes a Lot to Laugh, It Takes a Train to Cry’. Less recognisable classics include Speedy Keen’s ‘Armenia City in the Sky’, the opening track on The Who’s 1967 ‘The Who Sell Out’ album and ‘Idea’, the title track of The Bee Gees’ 1968 LP. Expert-stumping selections comprise ‘I Love You No More’ by the Blackstones, ‘Les Cactus’ by Jacques Dutronc, and ‘Count on Me’ by the Norwegian new wavers Fra Lippo Lippi.

Bun E. states that “For 40 years I’ve been talking about doing a covers album. All the bands we grew up with — the Stones, Kinks, Who, Beatles – all of their first albums were covers.” Inspired by Cheap Trick’s election to the Rock and Roll Hall of Fame in December, Carlos fished out the list of songs he’d been compiling for decades and got busy rounding up players and singers to join him for weekend sessions in local Chicago, Milwaukee and Rockford, Illinois studios.

He didn’t have far to look, thanks to the many outfits he plays, or has played, in. Visitors to Bunezuela include his cohorts in Candy Golde (Rick Rizzo of Eleventh Dream Day, Chicago scene veteran Nicholas Tremulus, John Stirrat of Wilco and Mark Greenberg of the Coctails), Hanson (member Taylor was a colleague from 2009’s Tinted Windows), members of the long-running Monday Night Band and Rick Pemberton, who was in at least one incarnation of the Bun E. Carlos Experience. For vocalists, he reached out to an eclectic set of friends and favorites: Guided by Voices mainstay Robert Pollard, Soul Asylum leader Dave Pirner, Austin icon Alejandro Escovedo, Alex Dezen of the  Damnwells and Xeno, who preceded Robin Zander as the singer of Cheap Trick.

“The idea was to cut a bunch of singles and put out a greatest hits record. I just kind of did the whole album on the back of my hand and a notebook.” In a nod to the era in which he first came to love rock and roll, Bun decided to record two songs – an A-side and a B-side – with each vocalist. In retrospect he muses that “I could have done the whole album with any one of the singers. Every singer on the record, when I heard the tracks, it was even better than I expected. I’m really proud of it. And I’m proud that these guys said they’d do it. They could have just gone “I’m busy” but that didn’t happen.” 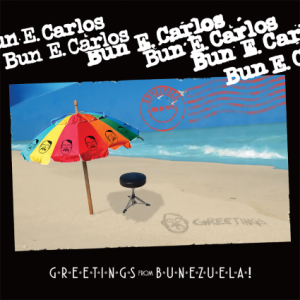