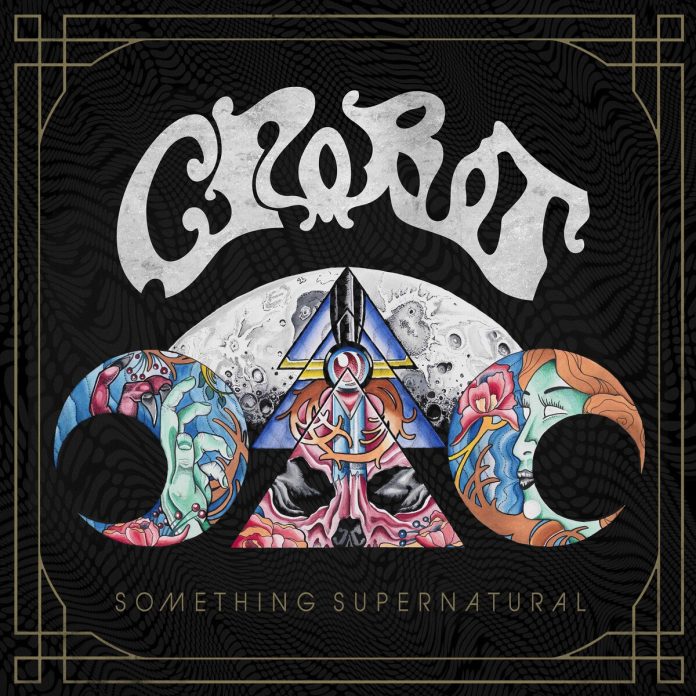 It sounds like the start of the worst joke ever, but bear with us. What do you get if you cross Chris Cornell with Clutch?

Or put it another way. Do you think you might like a band who have had their sound described as: Sounding like a relic of an era when fuzz-drenched hard rock was delivered with greasy swagger and reckless abandon?

Then, ladies and gentlemen get on board, because I am here to tell you, you need Crobot in your life.

Quite honestly, “Something Supernatural” is an astonishing record. The rumble of “The Legend Of The Spaceborne Killer” kicks us off (and if you call the first track on your debut full length that, it’s got to be good, right?), but what is really impressive is that there is barely a dip throughout.

“Nowhere To Hide,” all huge walls of guitar, follows, then “The Necromancer” puts us straight into Clutch territory with its use of Harmonica. However if you thought what had taken place was good, then “La Mano De Lucifer” is jaw dropping. “It’s better to reign in hell than to serve God’s will” reasons Brandon Yeagley, before a change of gear basically packs everything that’s ever been good about rock n roll into five and a half minutes.

There is something primal about the way that the guitar work of founding member Chris Bishop, melds together with Yeagley’s voice. Almost like some alchemy (it could just be lots and lots of weed, possibly….) whatever it is the singer’s sound is kinda like when Audioslave came out with “Cochise” and Chris Cornell essentially roared that opening and went “hello, world, I’m back.”

Lyrically, well, who the hell knows what they are talking about (again this could be because we aren’t smoking weed….) what is certain is “Cloud Spiller” is a thing of beauty, and “Fly On The Wall” sees the Figueroa brothers, who from the rhythm section for Crobot, come to the fore, and on “Night Of The Sacrifice” no one gets out alive. Apparently. “Chupacabra” on the other hand, is possibly the only song in the history of the world to deal with a mangey sheep (again, possibly.)

Look, it’s November. That means it’s getting close to those interminable end-of-year lists that magazines and websites do. When MVM writers do ours, then you best believe that “Something Supernatural” will be high up. Personally, I couldn’t tell you whether there’s life on Mars. I do know this album is out of this world.