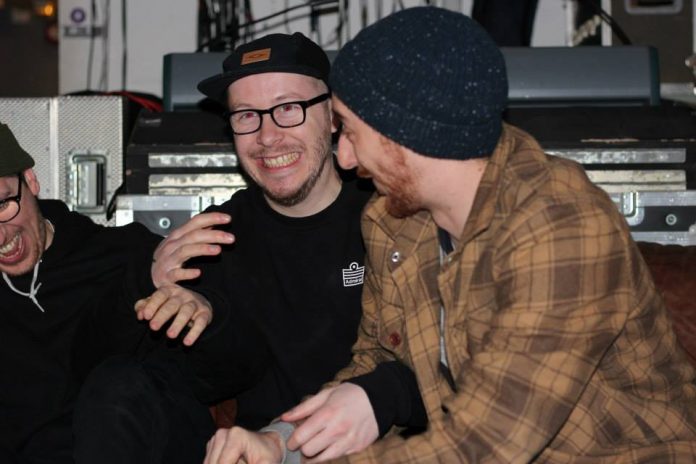 Isaac shall be releasing their upcoming LP digitally through their own label (Golden Triangle Records) on 9 March 2015.  The LP shall then be released on vinyl in May 2015 via upcoming Cheltenham based label Don’t Ask Records.

The release of the digital version of the album comes just before their appearance at the Isaac curated “Clear Your Throat Fest 2” in Nottingham on 15 March 2015 (featuring Bear Trade, WoahNows, Caves and many more – tickets available here).

“Sweetheart” was the first glimpse of the upcoming LP, with a video and further streams to follow.

From Nottingham, UK, Isaac were formed in 2012 after the then three friends – Andrew Shankland (Bass/guitar), Daniel England (drums) and Dave “not as cool as Kenny” Deighton (guitar) – watched/got inspired by Ted Leo. On the train journey home a band was formed!

Isaac have since released an EP, done a ton of gigs, made a load of new mates and have had a blast.  In 2015 Isaac are set to release their debut full length LP entitled “Burner” in March via Golden Triangle/Don’t Ask Records.

The band features established acoustic punk Shankland.  In fact, Isaac’s the debut EP (I AIN’T NO FUCKING MORRISSETT) was essentially mixed full band versions of Shankland’s solo material.  The LP however (now that Isaac are a few years into the band) have written an entirely original full length comprising of songs about late night buses, sads, being in bands and having shit jobs.

The bands opinion is this: “The album is a belter!”

1). The Burden of your bones