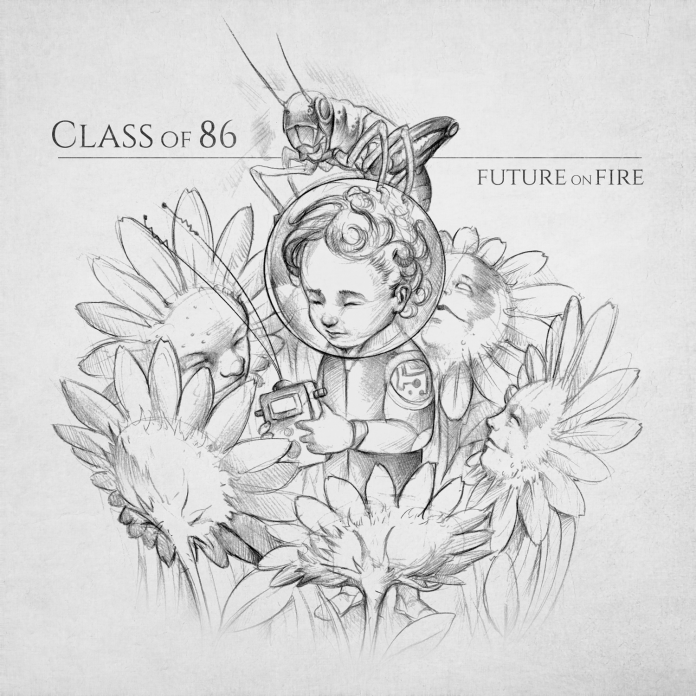 New full length of Minneapolis punks with a melodic and yet metal edge. Interested? Read on!

In 1986, MVM lived in a world that revolved around Bon Jovi, Poison, Def Leppard and a million other glam bands. The Class Of 86 on the other hand, probably weren’t.

Saying on their own biography that they have morphed from a band with Iron Maiden riffs to something different, they still maintain a more metal edge to their songs than some of their peers.

Opener “Future Of The Fire” begins with a superb fast guitar solo from lead man Andy Mathison, then it’s straight into the song. No it’s, no buts and definitely no messing, this is music with the fat trimmed off. And yet, nothing is too short either, even “Cannon Fodder” which clocks in at less than a minute, feels like a self contained song.

On occasion reminiscent of the mighty Hot Water Music, “House Dream” adds a different dynamic, with its slow burning, acoustic opening before a real change of gear. Elsewhere “Dudes Chillin’ Death Creepin” begins with one of those Maiden type riffs they used to write.

That track is just one of many belters here. There is also “Fuck You, Pay Me” which is a real highlight, and “Give Em Enough Hope” is a fine play on words with a song to match.

They save the best for last, though – both in terms of title and track – Veni Verdi Vino (I Came I Saw I Drank) is magnificent. Just an explosion of melody, heaviness and lyrical dexterity.

No one is reinventing the wheel here – indeed Class Of 86 are the first to acknowledge their obvious debt to Canadian punk legends Propagandhi – but that’s no matter. What is important is that “Future On Fire” is a superb record. Possibly the best thing out of Minneapolis since MVM favourites The Hold Steady.