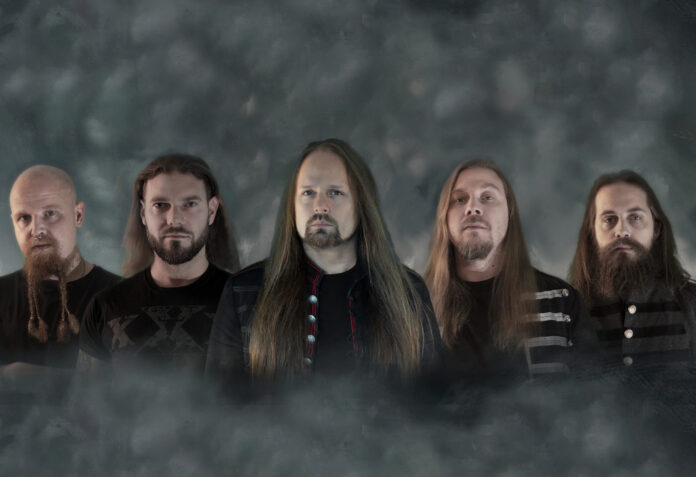 Swedish historical power metal force CIVIL WAR – founded by former members of Sabaton – returns with 10 new wartime anthems on their new album, Invaders, out via Napalm Records on June 17, 2022. Detailing harrowing stories of sorrow and tales of turbulent triumph from around the globe, as well as human nature itself, the album marks the band’s first with masterful frontman Kelly Sundown Carpenter and formidable shredder Thobbe Englund (ex-Sabaton).

Invaders grips with riveting accounts, ranging from Viking invasions and the greed of powerful nations to legendary Native American battles and magical Arthurian fantasy – all amid a profusion of enthrallingly dynamic vocals, epic soundscapes and impressive, technical instrumentals.

In celebration of this announcement, CIVIL WAR have delivered the first single and title track off of Invaders. The song “Invaders” is a powerful anthem with intense riffs and an epic chorus, telling of the legendary Native American victory at the Battle of the Wabash. With the track, CIVIL WAR gives a first taste of what new and returning listeners can expect from the new album. Stay tuned!

Daniel Mÿhr (keyboards) on the title track:
“As a first sign of life in what seems to be ages, we bring out the heavy artillery in the form of the title track from our upcoming album, Invaders. Inspired by the Battle of the Wabash, we tell the story of how the Native Americans fought foreign invaders when they came to claim their sacred lands.”