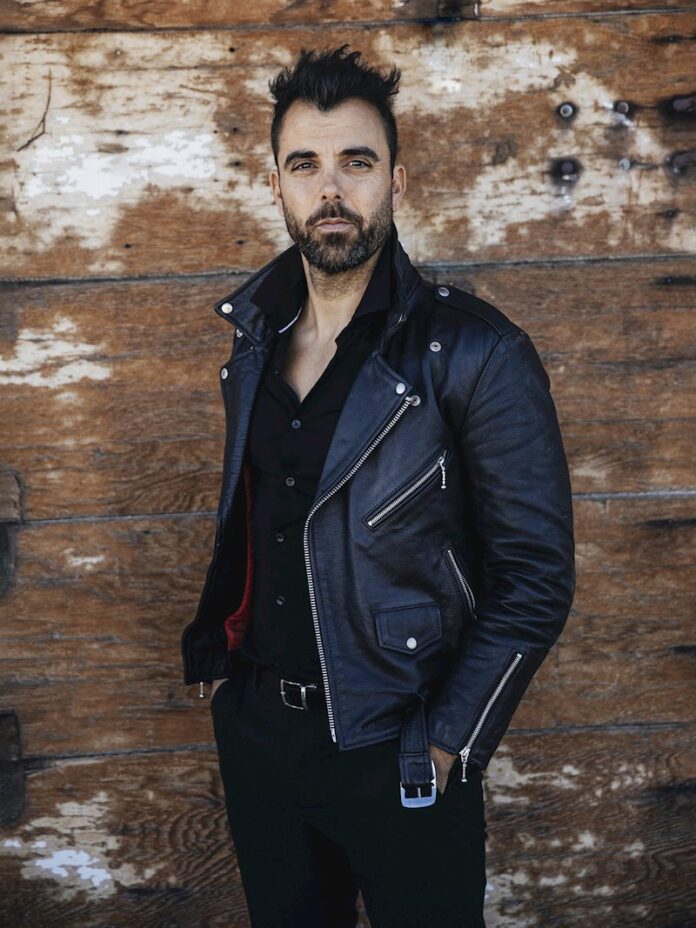 In Crossing the Great Divide, Perez returns to his roots to tell a story of self-transformation. The album is full of big melodies, hooks and sentiments that are real and often autobiographical. “Every artist says, ‘This is my greatest album,’ but this truly was probably the best experience that I’ve had making an album, and the most honest,” says Perez.
Many of the songs were awakened by his cross-country motorcycle ride captured in a new documentary film. The documentary charts Perez’s musical travels during lockdown, showing his frequent stops along the way to play for healthcare workers and patients, and his meetings with fellow musicians and friends including ZZ Top’s Billy Gibbons, country singer Randy Travis and comedian Bill Burr. “This project is bigger than myself, and everyone that watches it is getting that,” says Perez. “Even though it was shot during the height of the pandemic, it turned into something else. It’s a documentary about humanity and hope, and Covid is just a thread of the story.” The new record runs the gamut of Perez’s many talents as songwriter and multi-instrumentalist and he played almost everything. “That’s something I’m really proud of,” he says. “I probably performed about 90% of the instrumentation on the album and I recorded and engineered it myself. If I felt that I couldn’t get a certain feel, then I reached out to that particular player to get it.”
With a commanding vocal presence and a charismatic personality, singer/songwriter Perez has worked with artists ranging from Billy Gibbons and Joe Cocker to Darius Rucker and Ringo Starr and has also performed with Steven Tyler, Cody Jinks, Chris Janson and Slash among many others. Along the way, Perez has released four critically acclaimed solo albums and his music was featured on six seasons of Sons of Anarchy. He has performed at major events, charities and music festivals all over the world. He joins Apocalyptica on tour as the band’s lead singer this spring starting April 7, with dates across the U.S. and Canada.

Franky will be returning to the UK this June to play the Superjam Stage at the UK’s premiere Americana Festival Black Deer. Expect more UK announcements over the coming months.

5. What Gives You the Right

11. Leaning Into the Wind