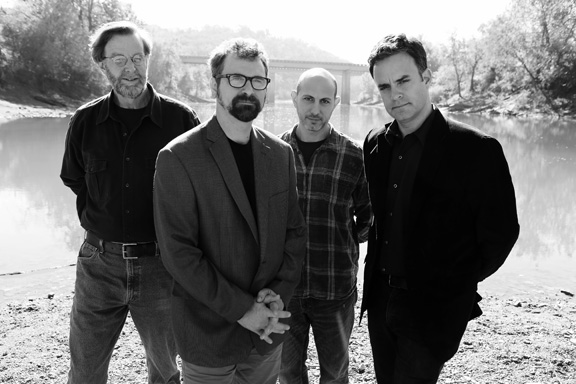 New track streaming now
Cave States is a band from St. Louis, MO and is a collaboration between songwriters, Chris Grabau, Danny Kathrinerand Todd Schnitzer.  The band’s name is inspired largely by a nickname given to the state of Missouri and Plato’s Allegory of the Cave.
For over 20 years, the members of Cave States have led or supported a number of well known St. Louis bands including Magnolia Summer, Half Knots, Nadine, Colonel Ford, Wagon and Waterloo; however, Cave States is their first songwriting collaboration.
This spring they’ll be releasing the follow-up to their acclaimed 2013 debut effort, The Great Divide, entitled, True Life.  The new album employs a decidedly more elaborate approach to composition while retaining many of the same aesthetics established in their first LP.
“This is the first album we can call a true studio album,” Grabau explains.  “Although Danny and I would bring in demos and song ideas, the songs were completed while working with Todd in his studio.  Most of what you hear on the final album started with the three of us playing around a couple of microphones.  This is the most collaborative batch of recordings we have done to date.” 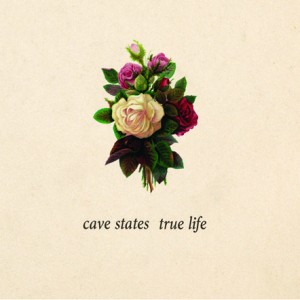 The 10 original songs written for True Life pull away from the folkier tendencies found on their first record. The opening track, “Commuter,” is a wry reflection set to a backdrop of mournful pedal steel, while “No Words” is set to an insurgent pulse reminiscent of Good Earth-era Feelies or The Vulgar Boatman.  “In The Dark” is a swirling mantra on humility, whereas the jangly “Over and Done” introduces some of Grabau and Kathriner’s pop sensibilities into the mix.
True Life also features the band’s first recorded cover song – Badfinger’s “Take It All.”  Grabau adds, “Danny and I were hanging out one night playing covers and he brought up the song. I fell in love with it immediately.  We recorded the song live to a drum machine.  We weren’t planning on including a cover song, but we love how the recording turned out and felt that it fit perfectly with the general themes and aesthetics present on this album.”
Thematically, Kathriner and Grabau found themselves a bit surprised about topics related to life and death kept appearing in their songwriting. Grabau explains, “I think mortality looms large over this batch of songs, which was something we first discovered only after listening to them as a collection.  While that was a bit of a surprise for us, I don’t think of this as a downer album.  I think of True Life as a snapshot of experiences that embody our lives—the mundane and beautiful moments, the feelings of love, regret, sadness, and endurance.  All of these moments have their place. And, that realization was a bit cathartic.  Perhaps we found a little sense of grace that may translate when listening.”
Cave State’s True Life will be self-released on CD and digital formats April 29th.
CLICK HERE TO LISTEN TO THE PREMIERE OF CAVE STATES’ NEW SINGLE “NO WORDS” VIA BLURT MAGAZINE!
MORE INFO ON CAVE STATES:
http://www.cavestatesmusic.com