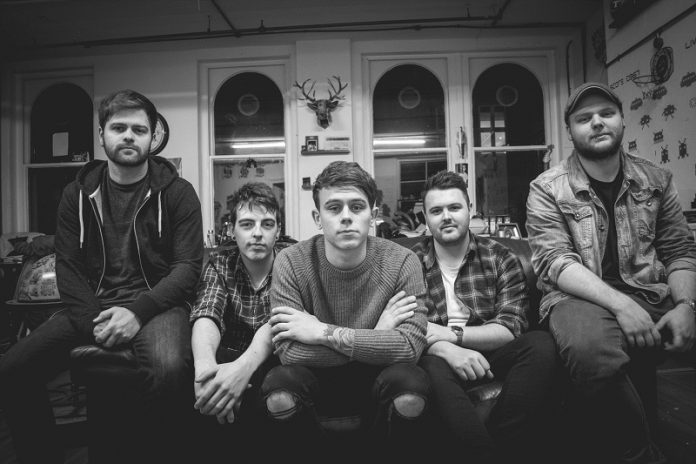 Yorks rockers believe in themselves

“It’s important to not to get too hung up about the people that didn’t/don’t believe in you”, states Ollie Swift, vocalist of Leeds anthemic rock quintet Day Old Hate. It is this very sentiment that forms the basis of their newly released video single ‘Don’t Chase Me’, which can be seen here. Reminiscent of Rocky with it’s visuals, Swift continues “The video itself shows someone who is training and striving to reach that end goal by making themselves stronger and better”.

The track is taken from February release ‘First Light’, in which the band – completed by guitarists Ben Fletcher and Will Smith, bassist Josh Flynn and drummer/backing vocalist Ed Dennis – load their songs with roaring, satisfyingly chunky rhythmn guitar, bursts of sparkling lead guitar toplines and soaring vocal refrains that feel instantly familiar, in the best way possible. “First Light marks a new beginning for Day Old Hate. Before we seemed to be stuck in a rut of bad habits and even worse luck, but this EP represents us reaching the end of that period in a kind of ‘light at the end of the tunnel’ scenario,” remarks Swift. He continues, “We wanted to write better songs then we ever had befor. Overall, it  feels like a more authentic representation of Day Old Hate than anything that’s come before.”