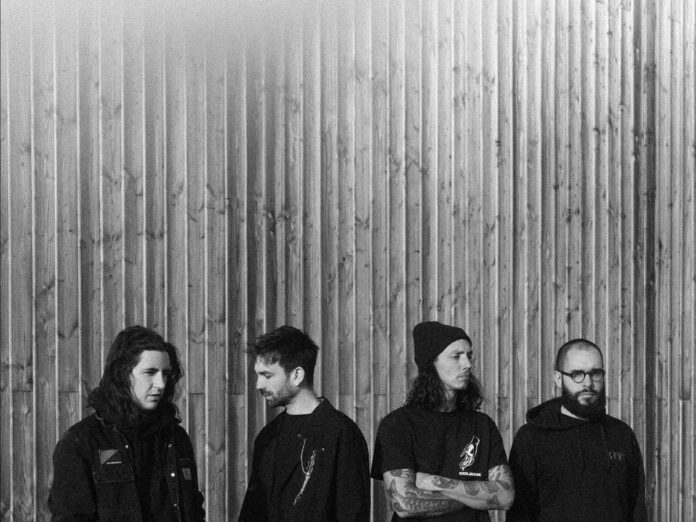 The band will be playing a run of December 2022 EU headline tour dates in support of the single, with tickets on sale now (see below for listings).

“An act of musical vandalism”, and the band’s only Spotify release—with the rest of their back catalogue and future releases available on bandcamp and physical formats—the new single is a no-holds-barred Trojan Horse designed to be a parasite that purposefully directs listeners and new fans away from the platform.

To quote the lyrics of the excoriating track, which asks some fundamentally important questions of the current streaming model: ‘You may ask yourself: Why can I only find this track? Where is the full album? Can we really have unlimited access to all the music in the world for a few dollars a month? Why are the artists underpaid by the platforms? How can Daniel Ek, the CEO of Spotify, use the money generated by the artists to invest in weapons? Is art meant to cause death?’

Commenting on the new single, the band said: “We are regularly asked the question: ‘Why can’t we find you on the streaming platforms?’ Here is a universal and digital answer that will generate clicks while bringing in shareholders. Since the great crisis of the record industry, the industry has mutated—it has transformed itself to exploit artists as never before by crushing them under the monopoly of the streaming platforms.”

“At a time when a change of algorithm can call into question your digital existence, the durability of your professional activity, or the peace of your social life, it seems more necessary than ever to remind people that an audience is not a database and that artists do not have to become influencers. It is unacceptable that people like Daniel Ek, the boss of Spotify, still exploit artists in total impunity and use this money to invest in AI for military use. It’s high time to practice music vandalism and parasite the machine.”

Emerging from the ashes of several pop bands, BRUIT ≤ was born from the desire of its members to turn their backs on the majors and return to a process of creation without constraints. Initially the band’s intention was not to perform live, but to research and experiment with sound in a studio environment.

At the end of 2016, this research would result in two live videos filmed in their studio that would enable the band to make their debut on the Toulouse scene. After this experience, Clément Libes (bass, violin), Damien Gouzou (drums) and Théophile Antolinos (guitar) composed together in search of their own sound identity and with the aim to create progressive music that subverts genre and would result in the expansion of stylistic boundaries.

Consequently, during this time the band went through several line-up changes until Luc Blanchot (cello) and Julien Aoufi (drum) joined in January 2018. It was only then that BRUIT truly felt complete and sure of their direction, creating emotively intense and expansive instrumental compositions of a conceptual nature that merge post-rock, ambient electronica and modern classical. On 19 July, 2018, BRUIT signed to Elusive Sound who released their first EP titled “Monolith” in the fall of 2018, following which they emabrked on a 20-show tour of France and Belgium and started to work on writing their first album.

On April 2, 2021 Elusive Sound released Bruit’s first album in digital format: “The Machine is burning and now everyone knows it could happen again”. The same year the band signed with the prestigious label Pelagic Records who released the album in physical format. The reception of this album pushes the band to travel around Europe in 2022 for about fifty dates, passing by mythical festivals like Roadburn, Arctangent, Amplifest, Dunk Festival, Damnation Festival, Levitation France, L’Homme Sauvage, A Colossal Weekend and more.