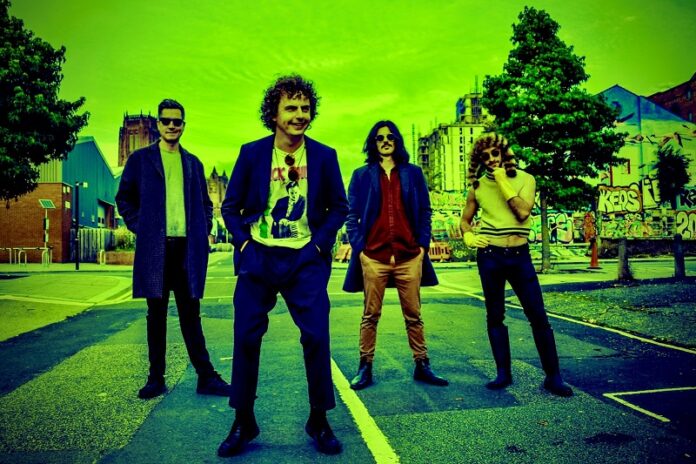 DOORSTEP is the latest offering from the SILENT–K rock n rollercoaster repertoire, with claims that it’s their best tune yet. As frontman Chris Taylor explains, “We’ve been eager to release Doorstep since Ross (Orton) finished the mix last year. It’s a funked up, wonky-punk angular beast”. Orton certainly knows how to bring the party and he’s nailed it down tight with this mix.

The official video premiere for DOORSTEP will follow on 5 April. In the meantime, you can watch the promo video teaser, and videos for the two previous singles, here:

Dates with HEAVY SALAD and DANCING TO ARCHITECTURE:

SILENT–K are a ferocious four piece with unique and infectious melodies and electrifying hip-hop infused rock n roll that has already seduced audiences into their fizzy-pop platter of sonic fury and vivacity. Chris Taylor – aka Pineapple King – has been at the forefront since the band’s inception, having previously toured on guitar for both Fat White Family and Dave McCabe & The Ramifications.

“We’re on a mission to capture the imagination of the UK music scene,” says Chris. “The songs carry meaning and substance, and we want to unite all the true like-minded heads out there and keep pushing the envelope.”

SILENT–K was originally co-founded by Taylor with Dave McCabe from critically acclaimed Liverpool band The Zutons. Although no longer a permanent live member, McCabe still makes the occasional guest appearance and features strongly on the debut album.