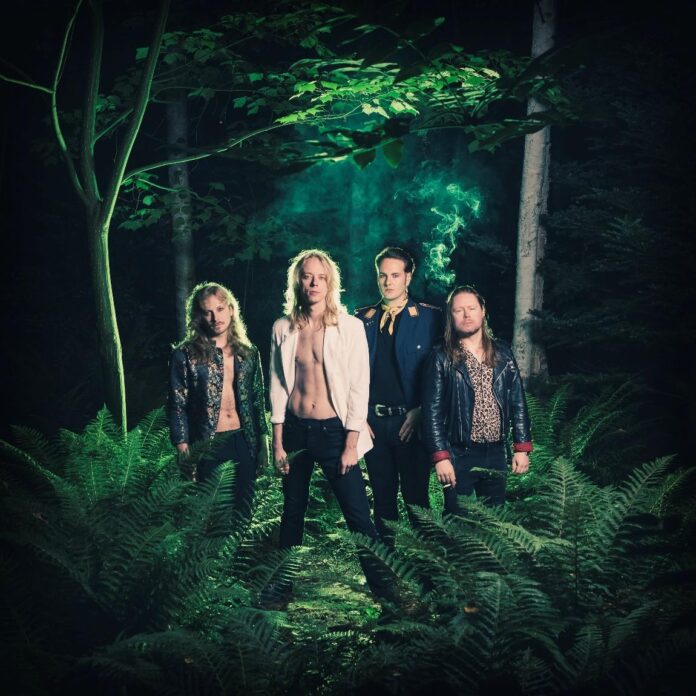 Don your bandanas, leather jackets and distressed jeans, because heavy metal is about to shine brighter than ever as Swedish newcomers BOMBER bring back the hottest era in hard rock history. Asserting their own trademark blend of 70s and 80s inspired classic and hard rock with catchy hooks, top-notch guitar solos and a vibrant aesthetic, BOMBER brings you their debut album, Nocturnal Creatures, via Napalm Records – out this Friday, March 25!

Today, the Swedish upstarts enter the last round before the release of their debut album, revealing their third single “Fever Eyes”! It ensnares with wistful weeping choirs and guarantees a quickly increasing temperature. With tours through Europe and a passionate following under their belts, BOMBER are sure to leave their mark on modern hard rock with their debut album, Nocturnal Creatures!

BOMBER on “Fever Eyes”:
“So here we are. After over a year of hard work, our debut album Nocturnal Creatures is finally on its way to fans and music lovers world-wide.
This is without any doubt an emotional moment for us. We went into the studio without a dime on our pockets, we we’re truly chasing a dream. The only thing we could be certain of was how much these songs meant to us – and how much love we felt for each other as friends.
How we got discovered by Napalm Records within minutes is well known by now. But perhaps even more important is all you fans who’ve discovered us during these last few months. Your response has been overwhelming and heart-warming.
We would now like to present the album ‘Nocturnal Creatures’ in it’s full glory. From us in Bomber: thank you. And Enjoy!”