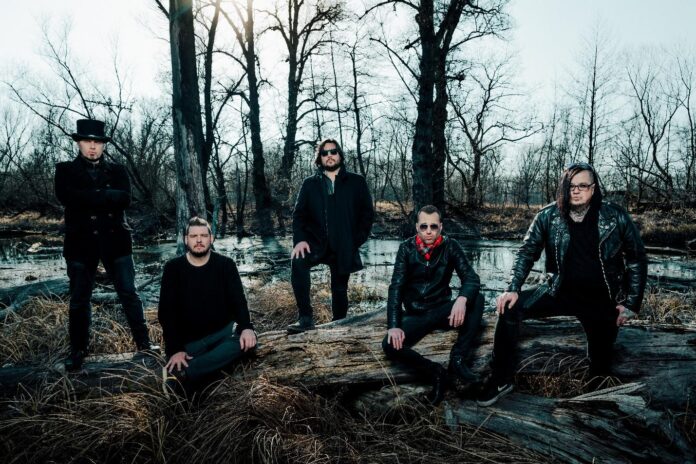 Boisterous Hungarian Celtic-punk pirates PADDY AND THE RATS throw an unforgettable pirate party with their second offering, “Everybody Get Up”, cut from their sixth album, From Wasteland To Wonderland. The gripping new track invites the listener to join in a celebratory drink on the high seas. “Everybody Get Up” promises catchy dance and sing-along tunes, delivering another taste of the upcoming album, out April 29 via Napalm Records.

PADDY AND THE RATS on “Everybody Get Up”:
“We shot quite an unusual video for our new single, ‘Everybody Get Up’. The song itself sticks out of the line a little bit, because it has a kind of hip hop vibe like our childhood favourite bands, the Beastie Boys and Run DMC, and that is not typical of us. We wanted to visualize it, so we are wearing absolute different style clothing in the clip, summoning the New York hip hop and hardcore bands outfit of the 80’s. We made a very cool and funny mood video that can’t be taken seriously, at all. So many bad things happened to us recently that we needed some happiness, at last. So we took our teenage ourselves out again and were just fooling around.”