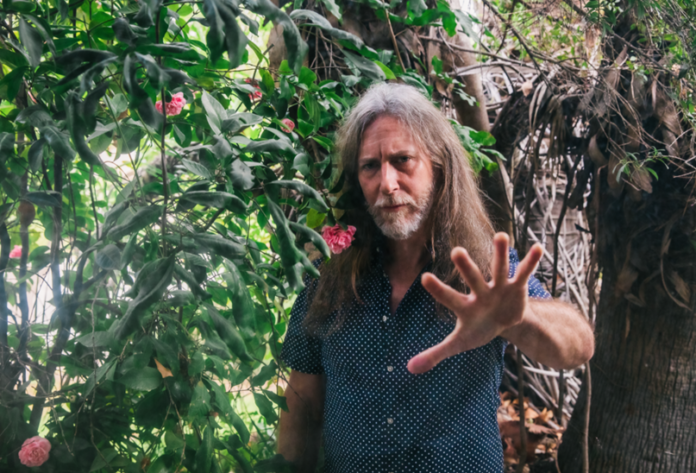 “Steven McDonald used to always play a disco version of that bassline to annoy [Black Flag co-founder] Keith Morris when they were sound-checking for OFF!, and it ended up fitting perfectly with the demo I’d made,” McBean reveals, referring to McDonald and Morris’s hardcore supergroup.

Keith Morris (Black Flag / Circle Jerks / OFF!) emphatically approves of this new version, sharing: “Great job taking a song that’s been beaten to death by numerous punker dunkers and turning it into your own song! BRAVO!!!!”

In February, Pink Mountaintops marked their triumphant return after eight years with the announcement of Peacock Pools, ushering in this new era proudly with the rollicking, ‘70s-invoking sonic blast of lead single ‘Lights Of The City’ accompanied by a video directed by George Mays.

Since their 2004 self-titled debut, Pink Mountaintops have supplied an outlet for the more arcane fascinations of Black Mountain frontman Stephen McBean. On Peacock Pools—Pink Mountaintops’ first new music in eight years—the British Columbia-born singer/ songwriter/ multi-instrumentalist shares 12 songs sparked from his magpie-like curiosity for a wild expanse of cultural artifacts: the sci-fi body horror of David Cronenberg, Disney Read-Along Records from the 1970s, early Pink Floyd and mid-career Gary Numan, John Carpenter movies, Ornette Coleman live videos, a 1991 essay on the cult of bodybuilding by postmodern feminist Camille Paglia. Featuring counterculture icons like Steven McDonald of Redd Kross and Dale Crover of Melvins, Peacock Pools alchemizes those obsessions into a body of work with its own enchanting power, the sonic equivalent of falling down a thousand rabbit holes at once and landing somewhere gloriously strange.

Previous article
OTHERS IN THE OCEAN
Next article
BOOM, DOWN RATS