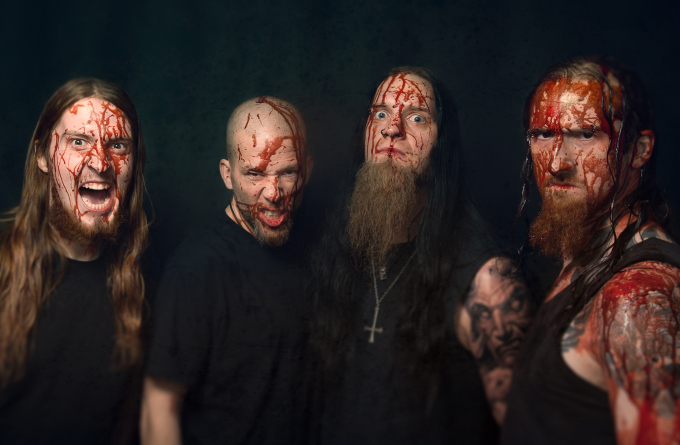 Thrash metallers stop by to give us the lowdown on their new one
Canada’s bleed  – a former MVM featured band – are to release their new album “The Hatred Inside” at the end of next month. Here, we have a Track by Track guide, including the meaning behind the album and the songs described by vocalist Robert Kreed.
The front and back cover is a picture of a person tearing themselves open with their own hands. Opening the CD is essentially tearing the person open to reveal what lies within. The Hatred Inside.
“The Hatred Inside” is a look inside, an autopsy, of a vile and very disturbed being. Inside there are horrific stories of torture, mutilation, genocide, and blasphemy. Each song is told by the perspective of the victim or the victimizer with one common theme of misery.
Track 1. “The Hatred Inside” is an intro and the beginning of the autopsy where the listen delves into the madness about to be unleashed.
Track 2. “Deceiver” Is a battle of religious view points and whether to embrace or denounce God.
Track 3. “Committed” is a tale of love gone wrong where everything a person once admired eventually is destroyed by the same person.

Track 4. “Blood Ashes” describes a battle of demonic evil waging genocide upon every living mortal leaving nothing to thrive. 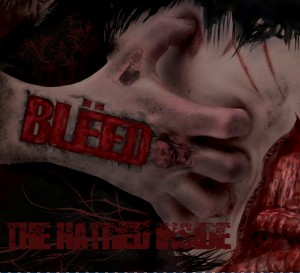 Track 5. “Suffocate” is from the perspective of a Priest who is also a child killer. The Priest ends up being killed only yo return from the grave and continue his heinous act of murder.
Track 6. “Murder Baby” A token them song for us and a crowd favorite is a song about how one bad decision leads to another. The unfortunate results spiral out of control, claiming lives and one’s own sanity.
Track 7. “Xombimind” is told from the perspective of someone who is slowly being turned into a zombie and reflects how their life was as the painful reality of decay sets in.
Track 8. “Beginnings” tells of savagery lets loose among civilization. People cannibalizing each other and committing violent acts without thought.
Track 9. “Obelisk” depicts the return of a demonic lord who crushes all who oppose and proceeds to burn their planet to ash and destroying the embodiment of God.
Track 10. “Conquer” is a story from the view point of an invading viking army who simply lay waste to their enemies and claim the land as their own.
Track 11. “Hate March Kill” is the final destruction of everything alive. No one survives as religion is eradicated, civilizations are left in ruin, and the inescapable realization that your time too has come. The outro of this song are also the final seconds of the disturbed individual from “The Hatred Inside.” Death claims yet another.