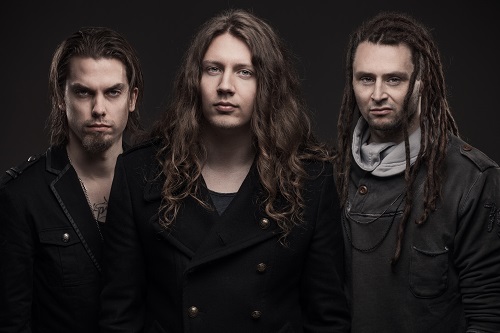 Blackwater have announced their first headline show on US soil at the world famous Whiskey A Go Go in Hollywood Los Angeles, which will take place on 22nd April 2015. This will be the first show returning to America since their debut as band at The Roxy supporting Tremonti in 2013. Tickets available here –http://www.whiskyagogo.com/site/event/blackwater-dona-nova/

They are also Playing The Viper Room 24 April and in addition to this Blackwater have been hand picked to showcase at Global Rock Summit 25 April and will be the first of 8 artists to show what they are made of. More information available here –http://www.globalrocksummit.com/GRS2015/showcaseartists.php

“The start of 2015 has been thick and fast for Blackwater, with numerous projects in the mix for the three of us together in and outside of the band, whilst completing our debut album “Clockwork Mind” which will now split into an 11 track album and an advance 5 track E.P titled “Back Home”! We are very proud to have self funded and produced ourselves every step of the way in this process and while that has extended our time frame by some degree, we have so far never had to rely on a fund raising platform or outside investor which means that our fans will be listening to 100% what we envisioned and set out to do.– Jay Bartlett, Blackwater.

The new E.P “Back Home”, will be released on the 17th April 2015 and Blackwater will be promoting their release with a double night release party in örnsköldsvik. One acoustic night at Harry’s Friday 17th April and full show at Brux Saturday 18th April, before heading to Los Angeles and celebrating the release with their headline show a the Whiskey A Go Go. The “Back Home” E.P will be given away free each night and there will be PRS Guitar given away to a crowd member at the show in Los Angeles. More news regarding the album to follow.