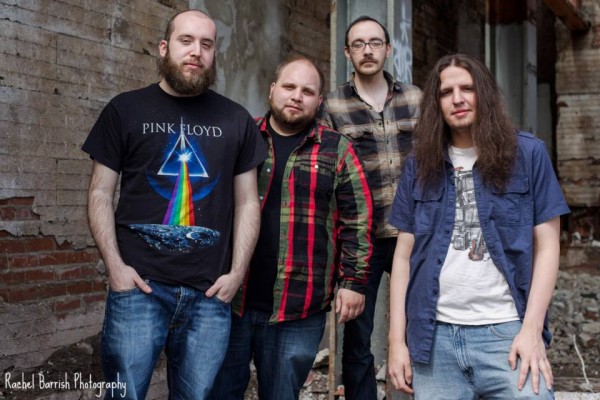 In case you still need convincing after our review of their wonderful EP, here’s the rundown on Plantation. The ace Philadelphia band who use Miley Cyrus’ producer…..

In a time where commercial music is barely made with instruments, there is a band who
draws upon sounds from the past to stand in defiance of the norm: That Band is PLANTATION.

Plantation is a 4 piece rock band formed in 2011 by lead guitarist Patrick Fiore in Vineland, New Jersey.
He chose the name Plantation in honor of his desire to one day own a self-sufficient farm and recording
studio (The Plantation). The original lineup played together for about a year before breaking up due to
personal differences.

Learn how to make a free Electronic Press Kit

In 2013, after a year plus hiatus, Fiore decided to restart the band after receiving many requests for
performances by the guys. After a short search the band was reformed. The current line up consists of
two original members, Patrick Fiore on guitar and Ben Torpey on Drums. It also includes their longtime
friend Matt Williams on bass and new vocalist Corey Presner.

In 2014, the band moved its home base to Philadelphia, PA. While in Philadelphia, they recorded their first 6 song EP “Out of The Dark” at Milkboy Studios with Karl Petersen (Miley Cyrus, Usher, Daughtry, Michael JAckson).
The band released their debut EP on May, 30th 2014.

Plantation is quickly climbing the ranks in the Philly music scene. Known for their hard rocking performances
and powerful vocals, they have been entertaining fans all over the tri-state area. They are often compared to
Alice in Chains, Soundgarden, Kyuss and Tool