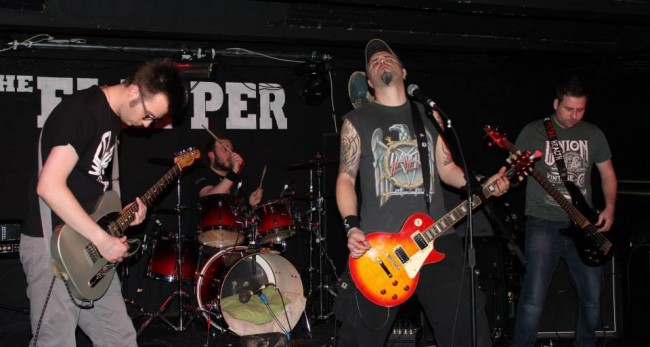 Midlands Rockers give us the lowdown on new EP

Into The Pit
We like to think of as an old school metal approach with some tones of early Sepultura, by chance?? It’s a basic just having a rant on society etc.

Propaganda Bomb
Was written at the time when North Korea was flexing their muscles with America etc but also takes a look at the fact we all live in a world of propaganda and what is fed to us.

Learn how to get your music heard at ReverbNation.com

Hard Rain
A simple story of someone convicted of heinous crimes and facing the death penalty and why in that case should anyone feel sorry .. eye for an eye type of look at things?

Rouen
A short story of the death of the iconic Joan of Arc who was betrayed for her beliefs by the people she fought for, and also a look at how heroic she became after she was then celebrated 500 years later as a Saint.