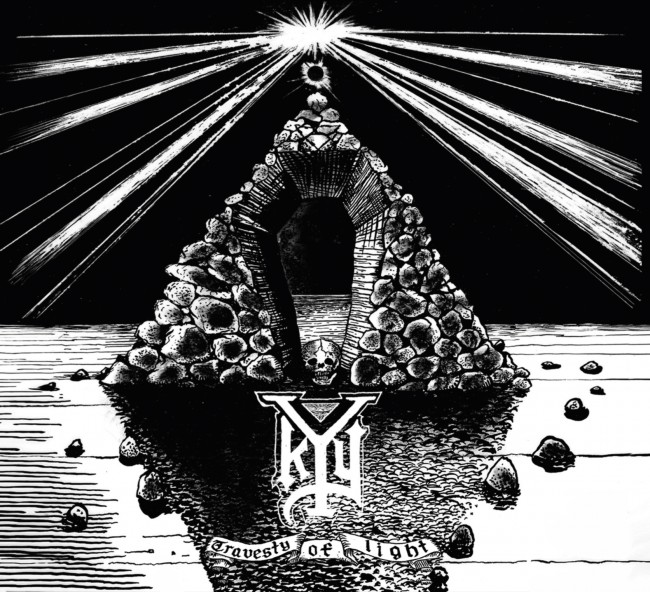 Finnish black metal band have to serve the servant

Kyy ([kyː], meaning viper in Finnish) is a black metal band founded in 2013 at Lahti, Finland.

Founded by five entities, the black viper’s sole purpose is to spawn an antithesis to existence of the universe and to serve the Great Unknown.

The debut EP of Kyy titled ”Travesty of Light”, consisting four blood-drenched tracks was recorded during autumn-winter 2014 in Lahti and which led to a record deal with Saturnal Records.

The record will see the day of light on 17th August 2015 world wide. The date also is the first live performances for the group of which first of them will be held at Rooster Death Fest in their hometown Lahti.

Kyy reckon they play “straightforward and uncompromising black metal with in-your-face rock’n’roll attitude whilst they are consecrated into the esoteric side of Satanism and the Left-hand-path by creating sonic chaos on the face of the earth.”