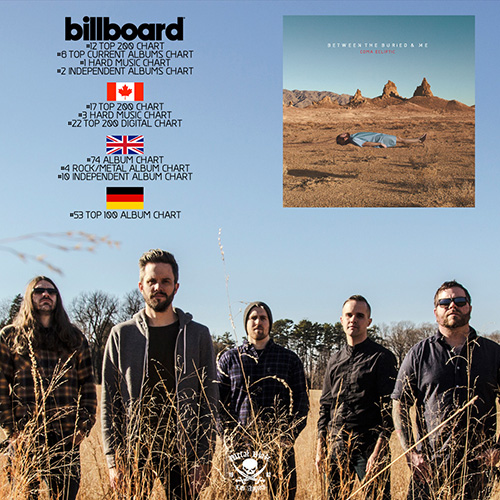 The album was released on Friday, July 10th via Metal Blade Records. Fans can purchase the album, which Rolling Stone calls “a 68-minute cosmic opera” on iTunes here:http://apple.co/1KU1C66, or purchase a physical copy here: metalblade.com/btbam! Coma Ecliptic is one of the first albums to drop on the new worldwide Friday release day.

Between The Buried And Me kicked off a headlining tour with support from Animals as Leadersand The Contortionist earlier this week! Fans can purchase VIP packages that include an exclusive Q&A with both Between the Buried and Me and Animals As Leaders, photo opps with each band, an 18″x24″ poster signed by both bands, and a souvenir laminate with early entrance to the show! These VIP packages are available at showstubs.com/btbam. General tickets can be purchased at metalblade.com/btbam.