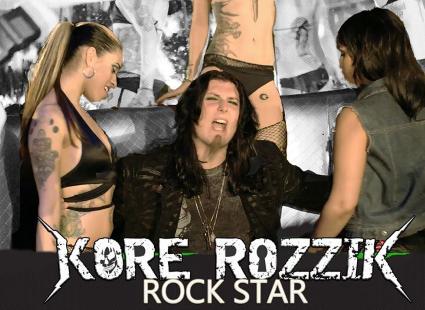 The single will be available on iTunes, CD Baby, and other digital retailers. “Rockstar” is the tale of the underdog musician who never backs down, plays for the fans, and knocks down the haters as he indulges in the benefits that come with the territory.

Rozzik explains, “Our new single is a sing-a-long anti-hater upset-your-father summer-smash!” Despite harsh commentary, personal demons and dramatic past band lineups, KORE ROZZIK has persevered. Kore adds, “All of the hate and jealousy has fueled me to be the front man I am today. We’ll be showing off our most powerful performance the city has seen in a long time.”