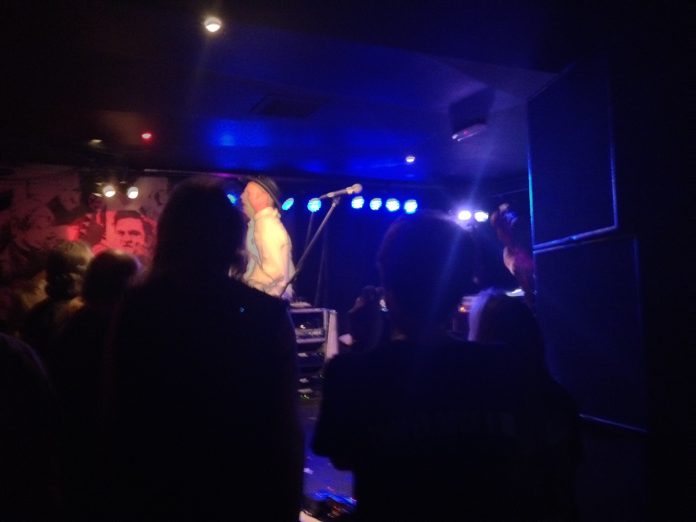 
Back when singles had b-sides on, MVM used to collect Wildhearts EP’s voraciously. One of these – the Suckerpunch EP – included an extra track called “29 x The Pain”. It lists all of singer Ginger Wildheart’s favourite artists. The band still play it to this day, and it contains the lyric: “I need Jason scorching past.” 20 odd years ago when it first came out, that was enough to send scores of us to the record shops (not internet in those days, kids) to check it all out.

“Jason” was Jason Ringenberg.”Scorching” was his band The Scorchers, and upon investigation it turned out that they were a country band, who over the course of some seminal mid to late 1980s albums, did something revolutionary. They mixed country, punk and rock music in a way that no one attempted before, very few have since and no one has done as well.

Appearances by the band are pretty rare these days. Ringenberg plays as an acoustic singer songwriter (also having a second career as a children’s entertainer) while his compadre on guitar, the ace gunslinger Warner E Hodges is most usually Dan Baird’s right hand man.

But they are over here for Ramblin’ Man Fair this weekend, so have taken the opportunity to play some shows, which is why we are crammed in to a sold out Musician for the type of bar room gig you suspect the band loves.

And what follows – there are two sets totalling two and a half hours – is proof positive that still no one does it quite like JATS. Seemingly without much in the way of a setlist, this is just raw rock n roll the way it was meant to taste. But with some superbly crafted songs like oldies “Last Time Around” and newer, storytelling material like “Beat On Mountain,” a glorious country rock affair that wouldn’t be out of place on a latter day Bruce Springsteen album.

A gig that, like the band who is playing it, appears to have no attention span and veers from one thing to another at breakneck speed, is frequently interspersed by Ringenberg’s storytelling, with tales of life on the road and in the studio appearing at equal measure. But as you would expect from a line up that includes Bonafide singer Pontus Snibb on drums, also doesn’t forget some good ol’ rock n roll in the shape of “Mona Lee” and a wonderful “Golden Days.”

Respectful of country history too as a race through the standard, “Lost Highway” towards the start of the second set proves, the set gets the balance just about right, and as they finish with a couple of their classics in “Broken Whiskey Glass” and “Absolutely Sweet Marie” the band are clearly revelling in the set. At one point Ringenberg appears to be really emotional.

As the man himself puts it: “I’m 56 years old and I get to sing in one of the coolest bands on the planet.” Few here are arguing.