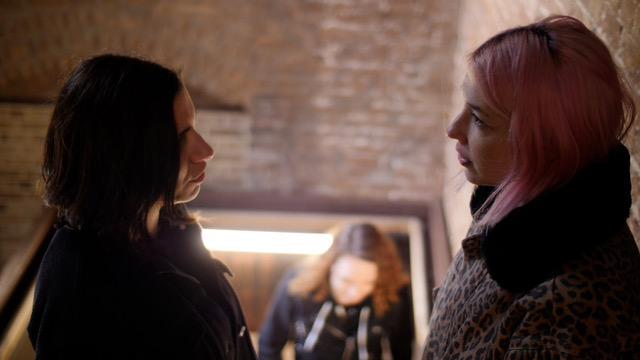 Grappling with themes of insecurity and isolation, the gritty new track is accompanied by a video that sees the band confront a seemingly endless journey up an incalculable amount of stairs.

Speaking of the inspiration behind the video for the meticulous and frenetic single, BERRIES say:

“The “Wall of Noise” video represents the up-hill battle of mental health, the repetitive cycles and trying to escape the loud, nagging voices in your head. We chose stairs to represent this idea as we wanted something fairly mundane and common in most people’s everyday lives to reiterate how different people approach these obstacles — running straight at them, cautiously, following others, courageously or alone.”

Calculated and convulsive in equal measure, “Wall of Noise” has been receiving spins across the nation from the likes of Radio X (John Kennedy), Amazing Radio (Charlie Ashcroft), Louder Than War Radio (Iain Key) and BBC London (Gary Crowley). It comes as a taste of the band’s debut album, which is expected for release this Summer.

Chewing through twangy vocals, angular guitar lines and a guttural garage-grunge feel, BERRIES cultivate a craggy landscape of layered noise-rock that is evocative of the “noise” that so many of us constantly find pervading our own thoughts.