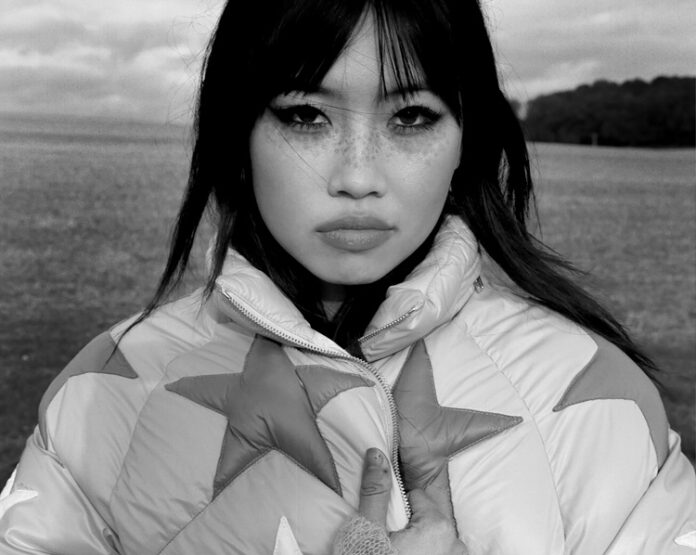 Critically acclaimed, award winning Gen Z icon beabadoobee has announced her forthcoming second album BEATOPIA (pronounced Bay-A-Toe-Pee-Uh) due to be released on 15 July 2022 via Dirty Hit. BEATOPIA is a fantastical yet deeply personal world that was formed in the imagination of a seven-year-old beabadoobee and has been carried with her ever since. The album is available to pre-order here: Pre-order Beatopia

She has also shared her electrifying new single TALK, which comes accompanied with a high energy video directed by Alexandra Lesse and Luke Casey featuring 150 of Bea’s biggest fans and her close circle of friends.

Of the track, Bea says: I wrote Talk just after my first album. I was obsessed with Tuesday because I thought it was the best night to go out; not too much chaos but just enough to have a good time. Generally, it’s about doing things that aren’t necessarily healthy or great for you, but you can’t help indulging. It’s like that unavoidable feeling that you get, that you can’t get rid of, and you know it’s bad, but you love it really, so you do it anyways.”

In addition, Bea has announced her biggest UK and Irish headline tour for this October, culminating in a huge show at the legendary London Brixton Academy. Tickets are on sale from FRIDAY 1 APRIL from

www.beabadoobee.com and fans can access an exclusive pre-sale by pre-ordering the album.

The release of TALK kicks off beabadoobee’s biggest and most exciting year to date, with confirmed US support tours with Halsey and Bleachers and worldwide festival shows including Coachella, Summer Sonic, Glastonbury, Governor’s Ball, Mad Cool, Rock En Seine, Leeds / Reading, TRNSMT, and many more.