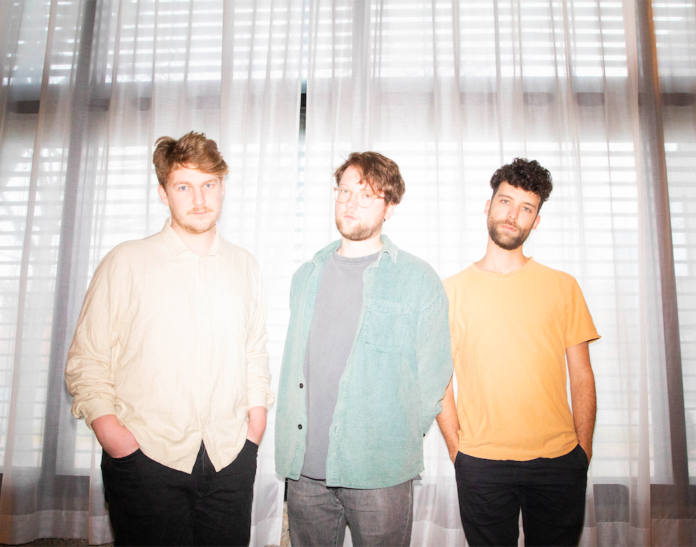 Over the course of their two albums to date, Klangstof have earned tastemaker tips from Clash, Complex, The FADER, The Line of Best Fit and Wonderland while also enjoying landmark moments such as becoming the first Dutch band to play Coachella and winning Best Alternative Act at the Edison Awards (the nation’s equivalent to the Grammys).

Fuelled by a rush of creativity, they spent 2021 away from the public eye. It resulted in not one, but two new projects: their eagerly anticipated third album which will follow later this year, and the ‘Ocean View’ EP which is out now.

The new EP proves that the wait has been worthwhile and offers an exciting and candid glimpse into the band’s current direction. It’s informed as much by open-ended experimentalism as it is by the inspiring connection of simply being able to again perform together as a band. The result is a natural, almost laid-back approach which allowed the EP’s sonics and emotions to fully flourish.

The entire ‘Ocean View’ EP was quickly put together after their next album had been completed. The songs were written in two months, and then recorded in just five days with producer Thijs van der Klugt in Studio Kabaal in Haarlem. It was subsequently mixed by Sam Petts-Davies (Radiohead, Frank Ocean) and mastered by Heba Kadry (Björk, Big Thief, Deerhunter).

Lead singer, Koen van de Wardt, recalls, “Since we hadn’t been able to play live together for a while, we felt the need to record these tracks sitting in a room together, playing the songs from start to finish as a group. Most of the tracks have been recorded in just one or a few takes. The whole process was very refreshing, the energy in the room was incredible. We honestly think we’ve never sounded as much as a band as on this recording.”

Earlier this year, the title track, ‘Ocean View’, was released to acclaim from The Times, Rolling Stone, BBC Radio 6 Music, and KEXP to name but a few; and now the Dutch trio offer up 3 more sensational tracks. Firstly ‘Fools Rage’, with its downtempo beats and ethereal guitar, perfectly encapsulates what this exciting band are all about. Van de Wardt’s vocals weave across a dreamy soundscape as the track culminates in a magnificent outro that wouldn’t be out of place on a late 80s shoegaze record.

Up next is ‘Silver Cloud’ which opens in an equally subdued manner, with a simple stomping drumbeat and gliding wavetable synthesizers driving the verse forward, only to reach a thunderous crescendo as the chorus crashes in. Amazingly the track nearly didn’t see the light of day: “We made the demo for Silver Cloud while we were still on the road in early 2020 and it was one of those little demos that would probably be too weird to make it on to a record” Van de Wardt recalls. “But it ended up on our private soundcloud playlist and I remember Wannes being really excited about it, so we thought it would be a fun challenge to see if we could make this thing work”.

And finally, ‘A Comforting Release’, provides the perfect ending to this experimental yet sonically tidy EP, amplifying the themes and textures explored during the preceding tracks, with van de Wardt explaining: “We wanted to end the EP with a bang. See if we could combine all the vibes we picked up on this ep into one closing piece.” The track’s subject matter represents the most emotional on the EP, with van de Wardt coming to terms with expressing his emotions and finding comfort in confronting his demons through talking with those close to him: “The lyrics are very special to me. I have always struggled with opening up to people, afraid that I will fall apart when it’s out there. But during the pandemic I’ve realised how to confront some of those demons by just talking about it. I’m done with finding comfort in being someone that I’m not and this song expresses that journey so far.”

In all, this new EP possesses everything that fans have come to adore from Klangstof, but again evolves their sound in a forward-thinking and streamlined direction.

Klangstof will follow the EP’s release by embarking upon an extensive European headline tour, which commences with a London gig at The Lexington. Tickets are available here. They are also confirmed to play a series of summer shows with the legendary Pixies. Their upcoming tour dates are: