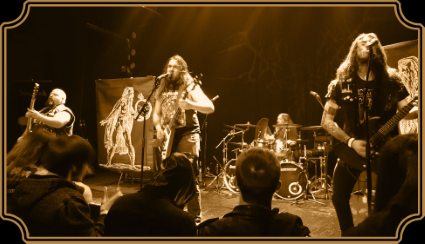 Death metallers release a new one next month

Begrime Exemious are a Canadian death metal band that formed in 2005. After forging an alliance with Dark Descent Records, the band released a pair of full length albums in addition to a handful of EPs and splits. With several tours around Canada and the US under their belt, 2016 sees the release of the band’s third album, “The Enslavement Conquest.”

Begrime Exemious’ sound has morphed into an amalgamation of classic death metal influences that expose the horrors of war and the corruption within.

“The Enslavement Conquest” will be out March 4 on CD and digital formats via Dark Descent Records. 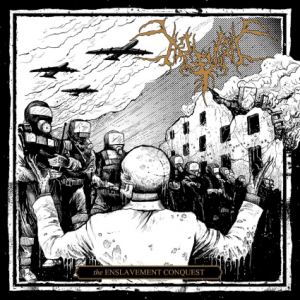 Track list:
1. Cradled in Our Hands
2. Overpowered (Under Siege)
3. Transcendence
4. Rat Amongst the Herd
5. Conscription Woes
6. Subconscious Nemesis
7. Noose for a Monarch
8. Impending Diabolical Conquest (Incantation cover)
9. Crusade Towards Self Devolution
10. When the Vultures Leave