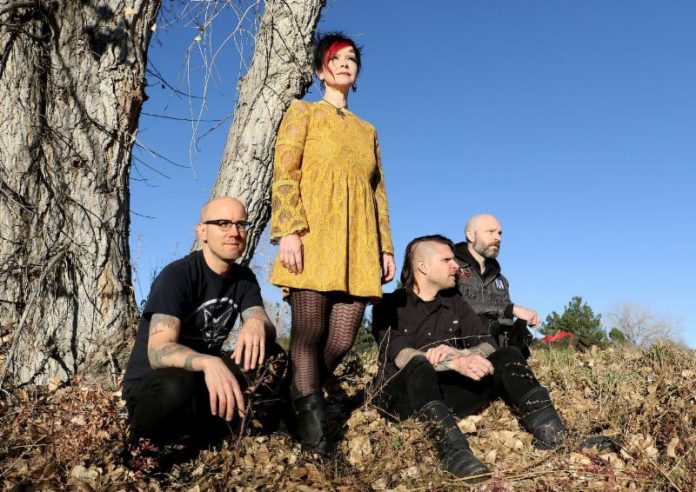 Darkness and light: They strike an unsettling balance on Borderlands, the debut full-length by Weathered Statues, due May 11 from Svart Records.

Across the album’s ten songs, the Denver four-piece walks a shadowy liminal zone. On one side is darkwave, deathrock, and vintage postpunk; on the other is synthpop, shoegaze, and classic new wave. Vast hooks mesh with harsh riffs. Ghostly melodies mingle with industrial synths. The band draws on their formative years immersed in the music of Siouxsie and the Banshees, Killing Joke, Xmal Deutschland, Echo and the Bunnymen, Christian Death, and The Cure. At the same time, Borderlands resonates alongside the work of contemporary groups like Wax Idols, Soft Kill, Preoccupations, and Merchandise.

Jennie, a hospital nurse by trade, imbues her lyrics with delicacy, ferocity, and the mysteries of the human heart, mind, and body.

Borderlands was recorded at Module Overload Studio by Jamie Hillyer (who captured Green Druid’s Ashen Blood for Earache). Keith Curts of the industrial duo Echo Beds (The Flenser) contributes a synth solo to the album’s slashing final track “Holy Masquerade.” The opening song, “Corpse Candle,” has been remixed by Lol Tolhurst, co-founder of The Cure; the remix won’t appear on Borderlands, but will be unveiled separately in the coming weeks.