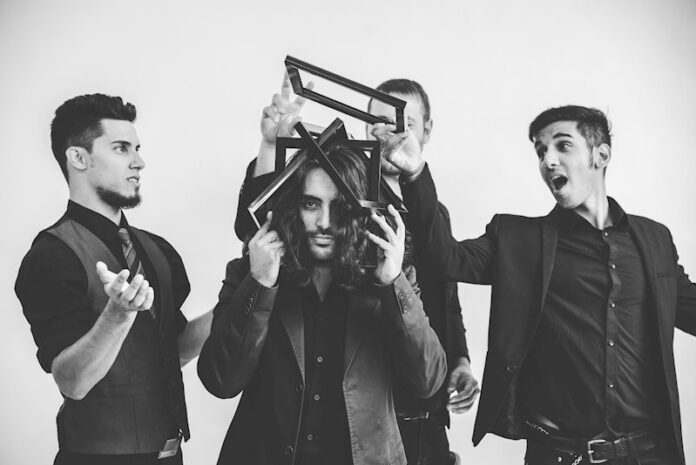 Acclaimed Canadian alt-rockers WE THE CROOKED have detailed a stunning cover version of Stevie Wonder’s Pastime Paradise, out now. Watch the video for the track, here – https://youtu.be/1MYWonOAQFg

The roots of WE THE CROOKED were initially put down at the start of 2017 under the moniker, The Crooked. Much like the band’s engrossing sound, the makeup of the group is also intriguing. Although the four piece now reside in Toronto, Canada, J.C Sandoval (lead vocals, guitar) originally hails from Costa Rica, Anthony Dell’Orso (drums) comes from Italy, Russ Shipman (bassist) originates from Switzerland, and Neelesh Vasistha (lead guitar) was born in the UK. Throughout their early years, the alternative quartet toured relentlessly throughout Canada, and in doing so, built a strong fanbase. The band set loose two EPs, The Shoebox Sessions and First Place Silver, where notable playlist features ensued, as well as support shows with the likes of Danko Jones, Pop Evil and Royal Tusk.

In 2019, The Crooked triumphantly completed their first European tour, playing shows throughout Germany and Norway. This included appearances at international festivals: Fete de la Musique and Rockstream. The high-flying alt-rockers ended the year with a series of successful tours in their homeland. Like many, the band were forced to cancel a planned, second European tour in spring 2020. With a renewed focus on their recording output, the industrious crew spent the year recording and releasing The Crooked Covers series. Following a brief hiatus at the start of the year to consider their post-pandemic future, the band regrouped under a new name: WE THE CROOKED.

The release of the group’s recent single, Villain, signaled an emphatic return for the unstoppable alt-rockers. WE THE CROOKED now storm ahead with an enthralling new single. Vocalist and guitarist, J.C Sandoval remarks: “It was a pleasure to cover the legendary Stevie Wonder. Pastime Paradise is an ever-relevant warning on the dangers of ‘over nostalgia’ and takes on a new dimension today — in the light of AR and VR technology. Both can trap us in a future ‘paradise’.”

WE THE CROOKED now aim to continue expanding their footprint in the UK and Germany, ahead of a festival tour in 2022.