BAND OF THE DAY TRIPTIDES 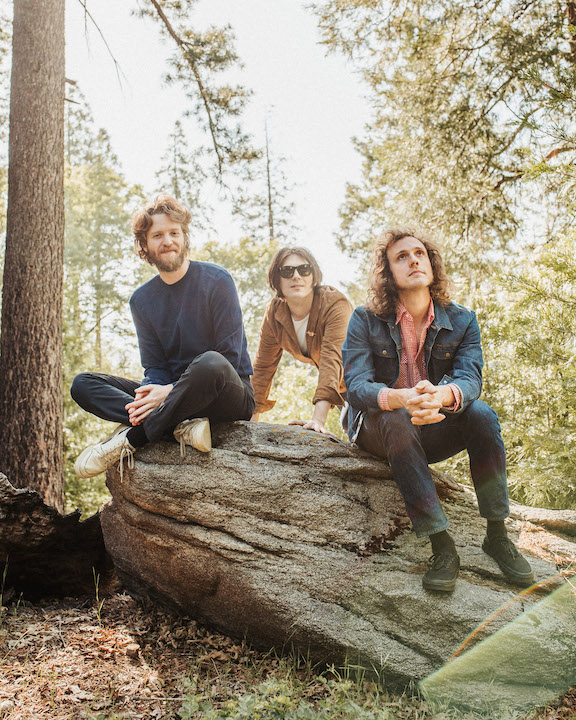 Among the newest generation of bands in the tradition of West Coast psychedelia, Triptides have blossomed into the role of elegant adventurers.

Led by guitarist, keyboardist and singer Glenn Brigman, with drummer Brendan Peleo-Lazar and bassist/guitarist Stephen Burns, the trio is continually discovering their sound through a complex map of familiar influences and bold choices in tonality, structure and texture.

This is a transformation long in the making. Starting in 2010 in the college town of Bloomington, Indiana, Brigman was making albums as Triptides with roommates and friends in a raw, Beach Boys-meet-Cleaners-From-Venus cassette-induced haze. Their albums Psychic Summer, Sun Pavilion and Colors made a mark and paved the way for greater things.

As the band moved West, so did their influences, and Los Angeles brought out a more sophisticated element in Triptides. Doors-inspired organ flourishes and driving, Stereolab-esque movements melded with the spirit of The Byrds in the Fifth Dimension to bring a potent melodic punch in the form of 2017’s Afterglow and 2018’s Visitors. All the while, the group developed their live sound touring and playing festivals in the US and Europe. 2018 also brought about Brigman’s collaboration with L.A.’s Samira Winter. Triptides and Winter created the tropicália-inspired Estrela Mágica and toured the US, now with Burns and Peleo-Lazar bringing an exciting new dynamic to the band.

As a trio on stage and in the studio, Triptides have opened up a new sonic world. Their live sound is bold, dynamic, synchronized chaos. On their records, they are adventurous and surprising—winning Shindig! magazine’s Single of the Year with the undeniably heady “Nirvana Now”—and forging a unique array of other singles throughout 2019 and 2020.

After last year’s otherworldly Alter Echoes, the group has joined up with L.A.’s Curation Records to release their forthcoming love letter to the Canyon Sound, So Many Days. Written and recorded in the San Bernardino mountains, these songs show a more grounded and pensive side of their ever-evolving sonic landscape. A whole new palette of sounds is gained, but nothing is lost. Even amidst acoustic and pedal steel guitars, the songs are unmistakably Triptides.

Triptides’ new studio album So Many Days will be released on limited vinyl, CD and digital platforms July 29th via Curation Records.
Triptides’ “Fate” digital single is out now on streaming platforms! Click here to listen via Spotify.

Previous article
REVIEW: THE DEADLY ROMANTICS – ANOTHER NIGHT IN HOLLYWOOD (2022)
Next article
DOM THE MAIN MAN FOR ERIC