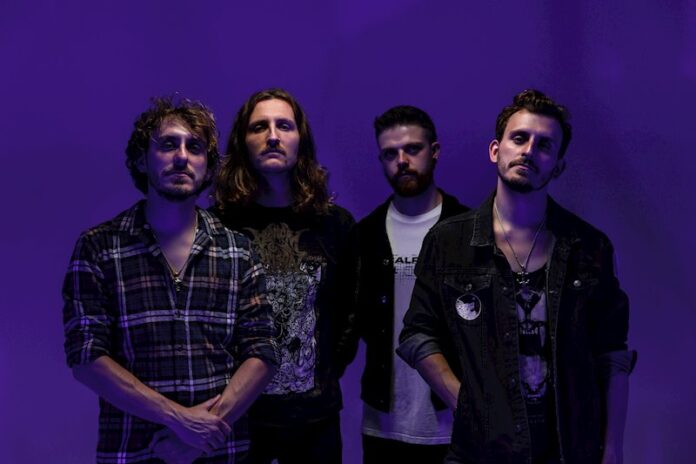 Emerging Brit alt-rock crew, THE RUNNING FREE, are poised to make their mark with the supreme slab of anthemic rock that is their brand new single and video, Belief, which is out now. Watch the video for the track, here – https://youtu.be/vxjt6WsbOgQ .

With a strong affection for Foo Fighters, Green Day, and Blink 182, as well as the likes of Coheed and Cambria and Funeral for a Friend, THE RUNNING FREE were born in 2020 and come at you from Harrogate, England. Originally started as a solo project for Dave Norris (lead vocals & guitar), the project gained new life when Dave asked his twin brother Chris to collaborate by fulfilling bass duties. It had been many years since the brothers, whose relationship had been described as ‘Gallagher-esque’, had worked together in a band. It was clear from the get-go that the pairing that would be vital for the band. Dave soon recruited old friend Thom Gardner (drums), and Rory Marsland-Smith (lead guitar) to aptly complete the line-up.

In releasing four well-received singles within a year and accumulating over 70,000 streams on Spotify, the build is certainly on for these captivating northerners. Positive press reviews and being featured on BBC Introducing, as well as BBC’s ‘What’s the Story?’ segment, has also played its part in elevating the studious crew, as well as a run of successful live performances throughout the north.

THE RUNNING FREE will climb even further with their new earworm of a single, Belief. The track is as compelling as it is contagious. The band remark about the motivation behind the song: “‘Belief’ is about overcoming self-doubt and learning to have faith in yourself. The band experienced a turbulent period and ‘Belief’ marks a shift in mindset. The artwork designed for this new single is inspired by an Enso circle, which symbolizes a state of creativity, the acceptance of imperfection and refinement of character.”

With plans for a debut EP and widespread touring already in the works for later this year, THE RUNNING FREE have arrived.