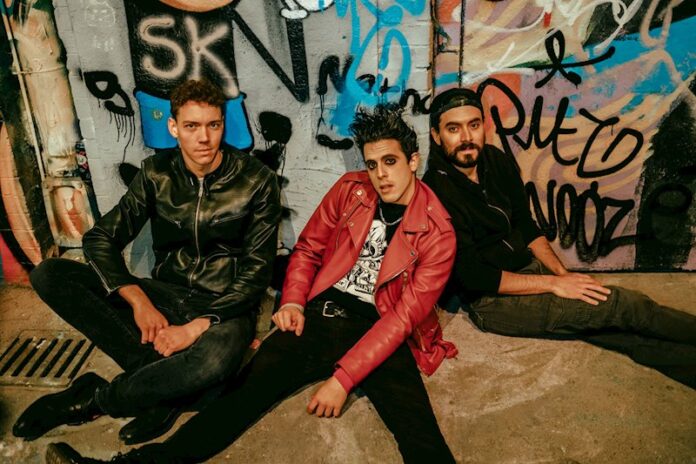 Since their formation in 2018, THE KANZ have continually cultivated an encompassing experience for their fans. With their intoxicating brand of hi-octane up-tempo rock that pulls in US pop-punk culture, a rampant love of sci-fi, and engaging electronics, THE KANZ have amalgamated a sound that has been labeled as ‘Stadium-Punk Rock Music’. To date, THE KANZ have wooed audiences throughout London and across the UK, amassed over 300,000 all-time streams on Spotify, obtained in excess of 70,000 views on YouTube, and have over 7,000 active followers on Instagram. The anthemic high energetic rockers have also been featured and vigorously supported by a raft of industry tastemakers such as Punktastic, Maximum Volume Music, Amazing Radio, Moshville, and V13.

During the past eighteen months, THE KANZ have unleashed a flurry of singles and videos. This dedication to their art and fanbase continues to reap rewards, as the band’s trajectory just keeps on soaring. The electro pop punks are now poised to set loose another earworm: Stoned. The cut heralds the rebirth of pop punk reloaded with a fresh digital twist, and it masterfully signals the growing depth and guile of the band’s enigmatic leader, vocalist, guitarist and songwriter, Fabio Nania. THE KANZ’s frontman discusses the single: “‘Stoned’ is a declaration of love made by a very shy and insecure teenager who can’t really express his feelings as they really are, and instead, prefers to create an avatar of himself: invincible and desirable in the eyes of the world, in an attempt to hide what is really happening under the surface.”

Live performances and festival dates will soon be announced via the band’s socials, stay glued for updates.