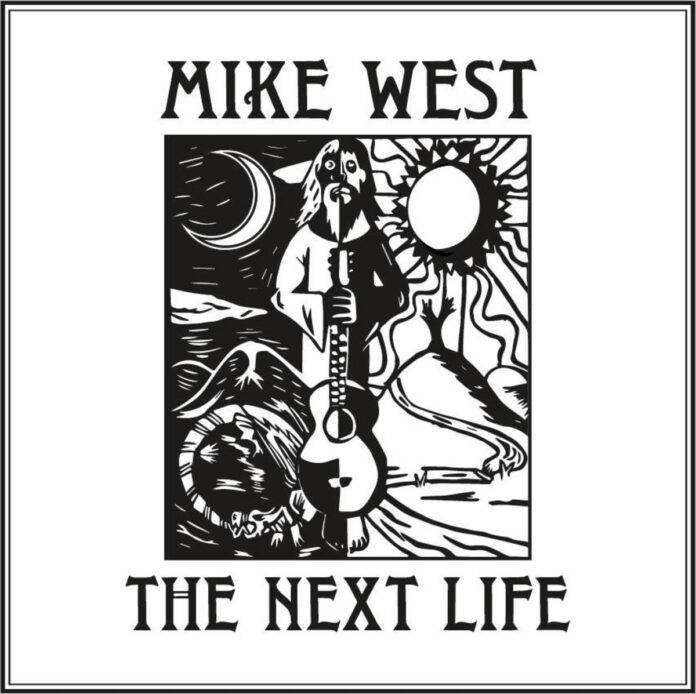 Yeah, ok, it’s a first world problem. I know it is, and don’t @ me on Twitter to tell me (do it on Facebook, I don’t look on there #resistzuckerberg) but Christ, this website gets a lot of records sent to it. “The Next Life” is the 85th album review I’ve done this year, and there’s over 100 on the pile still.

The reason for me telling you this boring bollocks that you don’t care about is to tell you that things sometimes slip the net. There was a young blues player once who sent me a download of his debut cd and a polite email. It wasn’t until I saw the same chap open for Stevie Nimmo that I remembered. To be fair, Kris Barras hasn’t done badly since.

A couple of weeks ago – and ironically enough in the same room – Mike West was opening for Wille and the Bandits and I did that thing again. The one where I go “I am sure I reviewed something by him….?” I had. I had just lost touch with his work a little since.

Which brings us to the point. And the reason I am sat here writing about a record that came out in 2020. That bit is easy. “The Next Life” is really, really good.

West had played a lot of it in his set with WATB, so in a sense this is kind of like watching a film after you’ve read the book. You already know how it turns out and you’ve got your ideas on characters, plot and whatever, but in another, this half an hour is totally different when you aren’t watching West.

To watch him is to watch the bloke that looks like he should be in a biker band, tell his stories and sing his songs in a quite light-hearted manner. To listen to the title track, say (which kicks this off) is to be plummeted head first into a maelstrom of desolation.

“You go left and I’ll go right, and I’ll catch you in the next life” he sings and you’re not sure who’s going first – or indeed where they are off. What it clearer is that this is a Cheshire version of Amigo The Devil. That is to say, there’s a pain here, but it’s a totally original expression of it.

Americana music doesn’t sound this raw. “Work On” with its hookline of “Am I free?” is the work of someone who palpably is anything but, and its blues delivered as if the Robert Johnson deal with the Devil has been hijacked. The strings on “What If?” make that one sound airy and a little lighter, but scratch a layer away and the folk is dark.

“The Company I Keep” would make White Buffalo jealous, and it concerns itself with drugs. The one that follows is almost the perfect example of what he does. A road song, but not done like Springsteen. This one is rooted in the M53 and weighing up whether to go home after a gig. The lap steel here is especially windswept, so much so you can almost see him as the only car on the road about 2am.

There’s a Celtic feel to some of this. “Father To Son” (another he played live) has those flavours for sure, while “Rock Ferry” (one that was on the EP I reviewed too) is bound to his hometown, but is a world away from the sentimental stuff Americans might do. “I’ll make it out if it kills me” he offers as if reminding himself of his goal.

Considering the nature of this is 90% acoustic, its striking how many textures there are. “For Them” takes things into a different direction, while the last one “No Graves” is perhaps the best. Essentially the premise here is that ‘if you think of them, they don’t die’ (the last picture ever taken of my mum is in my living room, so it strikes a chord).

It ends a brave record. It always strikes me that performing solo makes you seem vulnerable, and that’s the case here. It is also a superb record, and a totally compelling one. Mike West (who in 2019 released a single about how he hated his job so much that he’d burn the building down to the ground) is one of the more original singer/songwriters we have. If – in honesty – you can’t imagine writing the verses in greeting cards, then equally, you can’t imagine being any different than the searing honesty “The Next Life” contains.