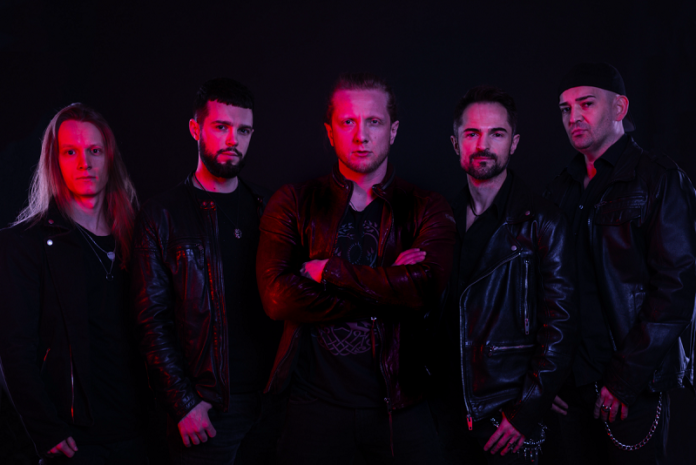 Frontiers Music Srl is pleased to announce the signing of Polish heavy metal act Scream Maker, who are currently working on a new studio record for release in 2023. Meanwhile, the label will reissue the group’s latest album, ‘Bloodking’, on 9th December on CD and digital formats.

Formed in Warsaw in late 2010, Scream Maker have released three full-length studio albums to date – ‘Livin’ In The Past’ [2014], ‘Back Against The World’ [2016],  ‘Bloodking’ [2022]) – and played 300+ shows in Poland and beyond, including gigs with luminaries such as Judas Priest, Motörhead, Megadeth, Saxon, Slayer, Nightwish, Primal Fear, Stratovarius and Onslaught.

The band recorded their debut album with producer Alessandro del Vecchio (Jorn, Hardline, Revolution Saints) and it featured guest appearances from Jordan Rudess of Dream Theater and Wojciech Hoffmann of Turbo. Their touring schedule to promote it included several festivals in China and they became the first Polish act to have an album released by a domestic record label in that country.

Extensive touring following the release of ‘Back Against The World’ included a third visit to China as well as the third edition of the Ronnie James Dio Memorial that they had founded in 2014 and that has been repeated regularly ever since.

After the global pandemic forced a curtailment of the band’s regular touring schedule, they used the time to focus on fine-tuning and recording material for ‘Bloodking’, which was released in January 2022 and received a thumbs up from fans and critics alike. And, once touring was back on the agenda, they returned to the stage on a tour that included their own festival in Warsaw and the latest edition of the Ronnie James Dio Memorial.