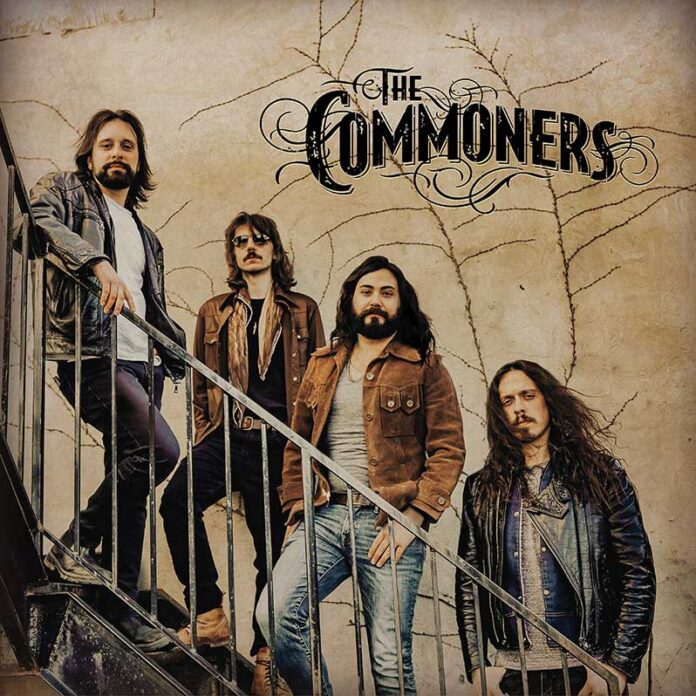 Every so often a band comes along that is so good, and they release an album so special that it makes no sense that you’ve never heard of them before. How did this happen? Look, all you can do is forget the how’s, forget the why’s and just revel in the fact they exist (then if you have a music website you can tell everyone about it, if you like).

All of which brings us to The Commoners and “Find A Better Way”. They’ve come out of Canada with this, and the damn thing is a statement.

10 years in the making, The Commoners are at their core a four piece, but – and this is crucial – Miles Evan Branagh often joins them and he brings his organ.

But, we’re skirting around the issue here: the only important thing is that “Find A Better Way” is an incredible record.

The title track kicks it off too. You know they believe in it. For one thing Jeff Heisholt is playing the keyboard here (he’s in the criminally overlooked in the UK, The Trews) for another Kevin Shirley mixed and produced it. Well, if its good enough for Bonamassa, right?

It’s an anthem. It wants us to do something different. It wouldn’t be a bad idea, would it? Given that what’s going on isn’t working for any of us, but if that’s the album’s beating heart, then there’s another eight that are either just as good or better.

Take “Fill My Cup” so instantly classic is it, you (if you are like me) look to see if it’s a cover. It isn’t, but there is an elephant in the room here: The Black Crowes. Singer Chris Medhurst reckons they are an “influence”. He’s not wrong. But not the first album where they wanted to be The Stones. No, rather, the wonderful “Southern Harmony And Musical Companion” the one that got us into all kinds of jam bands and stuff. Indeed, I can pay this no higher compliment. Nor could I pay tribute to Medhurst any better than to say he sounds like Chris Robinson.

“More Than Mistakes” adds a soul, think Rival Sons before they went mystical and the slide guitar on “Too Much” puts you in mind of that other wonderful discovery of the last few years or so, Robert Jon And The Wreck. Indeed there’s parallels with that band elsewhere too, given the fact they are the hardest working overnight sensations around.

Equally adept at rocking and something a little more country, “Naturally” is an example, perhaps of a halfway house but the backing vocals are sensational. The pedal steel drenched “I Won’t” is full on though, and its filled with regret and loaded with pathos. Whilst this is a record that first and foremost just sounds sensational, it has a set of lyrics that are first class. “… Won’t” must get a shoutout for including the phrase “existential mistake” in its hook, though.

This is a band that is but a heartbeat away from being a jam band (and you imagine live they do “wig out”)  they manage to make the songs king. The hook on “Deadlines” alone is worth listening to, because you won’t get it out of your head.  “Hangin’ On Again” allows itself some breathing room, though and is simply gorgeous.

The fact that this seems to have been lifted, fully formed from a time capsule even extends to the point it is nine songs (like albums always seemed to be in the 70s) and the last one is different to the rest, acoustic in the main, but “Alive” is the one of the best. “I’m singing for my life” offers Medhurst and possibly that underlines the importance of this to The Commoners.

You’d say they “are you new favourite band”. But that’s a lazy cliché and nothing on “Find A Better Way” deserves that hackneyed nonsense. The pay-off is quite simply this: if there’s been a better roots rock n roll record this year, then I’d like someone to send it to me, please.