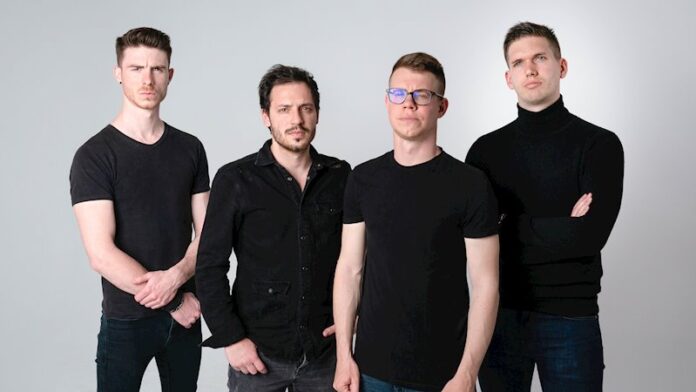 Fast emerging alt-rock crew HYPE LIGHTS have delivered their enthralling new single and video, Fever Dream – https://youtu.be/4-M1nRaYGVs . This powerful cut is taken from the band’s eagerly awaited debut album, Leave It All Behind, which arrives via all platforms on Friday 14th April 2023.

Coming at you from Lyon, France, and pooling from the world of Pop Punk, Alternative Rock, and Metalcore, HYPE LIGHTS have a hugely intriguing hybrid sound that draws from bands such as Silverstein, A Day To Remember, Memphis May Fire, Blink 182, and Bring Me The Horizon.

Last year, HYPE LIGHTS hit Alias Studio in France to work with Bertrand Poncet and Bastien Lafaye from Chunk! No, Captain Chunk! Together they crafted the band’s explosive debut EP, Reckless. Their singles Reckless, Something Wrong, and Fall Away, which all spawned from the record, racked up strong views on YouTube with Spotify streams for the EP already in excess of 170,000. The industrious foursome have also toured diligently throughout France and along the way have shared stages with the likes of Being As An Ocean. However, this is just the beginning for HYPE LIGHTS.

HYPE LIGHTS are planning a widespread touring assault for 2023. Before then, the tuneful riff slingers will play a string of shows in their homeland, as well as hitting the road extensively throughout the UK this October in support of their upcoming single, Fever Dream. The band have also now completed their debut full length album, Leave It All Behind, once again working with Bertrand Poncet and Bastien Lafaye (Chunk! No, Captain Chunk!). The album is stacked to the rafters with hearty slabs of highly energetic alt-rock that are fierce, energetic, and emotional in equal parts. Blessed with a heartfelt and sincere lyrical focus and potent message which underlines the importance of never giving up even during the worst of times, and the problems that everyone faces on a daily basis. HYPE LIGHTS’ music and manifesto have never been so relevant.