BAND OF THE DAY: DIRGE 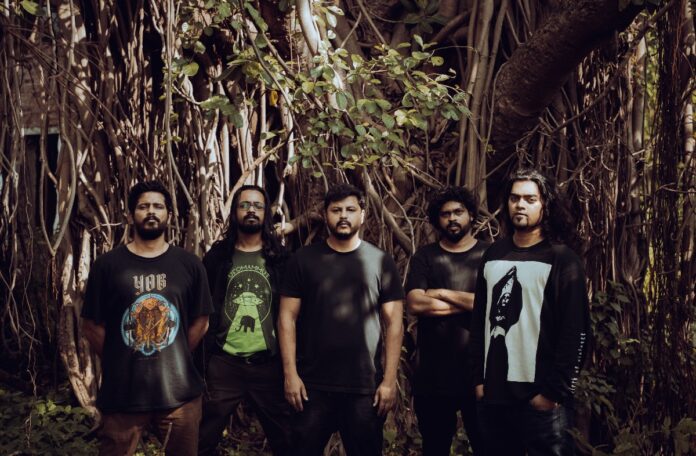 Since their formation in 2014, Dirge have become one of Mumbai’s most talked-about post-metal bands.

Regularly showcasing their unique blend of doom rock, metal and psychedelic sludge across the Indian underground, Dirge has toured with contemporaries such as Primitiv; Shepherd, Bevar Sea and Djinn & Miskatonic, opened for world-beating international acts, and performed at festivals across India, including Bangalore Open Air and Control Alt Delete in Mumbai.

Using their time post-pandemic to write and record a follow-up to 2018’s Ah Puch, the band’s forthcoming self-titled album – scheduled for release in early 2023 on Immersive Sounds – finds the quintet taking a sonic journey of discovery. Offering up a truly devastating and personal statement, particularly when compared to the wide-sweeping vistas of Mayan myths and South American jungles of their debut, Dirge looks inward while simultaneously reflecting our world at large.

“The album is an attempt to evoke emotions that lie at the core of discomfort,” explains bassist Harshad Bhagwat. “The soundscapes have been designed to suit the ethos of each song and the lyrics are inspired from real life experiences of anger, guilt, sorrow, and fear. We want to take the listener on a journey of self-actualisation through this album, as our aim is to create a sense of catharsis through the experience.”

Clocking in at just over forty minutes, Dirge will consist of four explosive tracks – the first of which you can hear right now in ‘Condemned’ – that showcase just how truly special these guys are. Produced by the band and long-time associate Apurv Agrawal (Pacifist, Cowboy & Sailor Man, Honey’s Dead) who also added synths to the album, it has been mixed by Sanford Parker (YOB, Pelican, Eyehategod) and mastered by Brad Boatright of Audiosiege (Sleep, Neurosis).