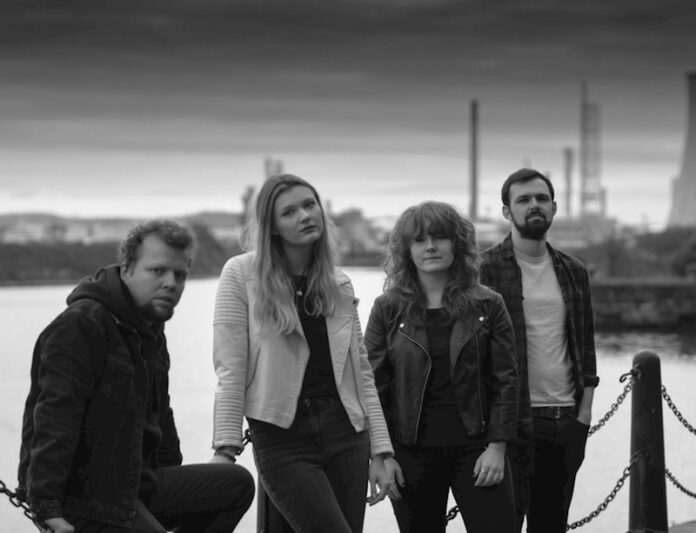 Hailing from Manchester, England, the early seeds of BAD HERITAGE were sown at the end of 2019, when vocalist Amelia Kinder and guitarist Lauren Crompton were brought together by their mutual affection for Rival Sons. Throughout the pandemic, the band’s rhythm section suffered a handful of changes before bassist Johnny Newton and drummer Tom Mackiewicz entered the fold during the Summer of 2021. Since then, the quartet have hit the ground running, amassing a strong live set and creating a growing fanbase brought about by regular gigging throughout the North.

Pooling influence from Audioslave, Royal Blood, and Led Zeppelin, BAD HERITAGE ooze groove, identity, and adhesion, and this can be witnessed by their new single, Saviour Control. Guitarist Lauren remarks about the single: “‘Saviour Control’ is a love song. It’s about the one person who helps you defeat your self-doubt and anxieties. We self-recorded the song at home and wanted the track to have a warm, fuzzy rock feeling, and to sound powerful and true.”

With further material already in the works, BAD HERITAGE are braced for a tempestuous assault on the UK.