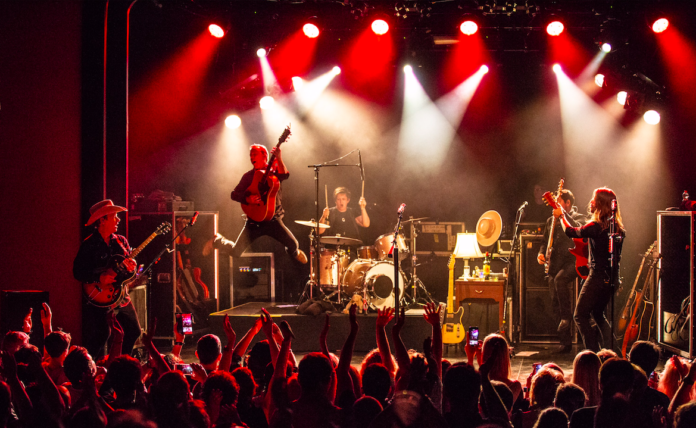 Emerging to a new wealth of critical acclaim, Kiefer Sutherland’s latest album ‘Bloor Street’ made a huge chart impact in the UK. Debuting at #16 on the Official Albums Chart, it also fired straight to #1 on both the Americana and Country charts as well as to #3 on the Independent Albums Chart. The album has shown once more that Kiefer’s whole-hearted, story-telling songcraft is continuing to connect with a growing fanbase following his previous albums ‘Down In A Hole’ (2016) and ‘Reckless & Me’ (2019).

Building on its success, Kiefer Sutherland will tour the UK in support of ‘Bloor Street’ this autumn. The rescheduled dates represent the biggest UK shows of his career to date and includes a major London date at the O2 Shepherd’s Bush Empire.

Please see his official website for ticket details. The dates are:

In the meantime, fans eager for their fix of Kiefer’s live experience can hear his acoustic or stripped-back versions of the majority of the ‘Bloor Street’ song on his YouTube channel.

As indicated by the singles ‘Chasing The Rain’, ‘So Full Of Love’, ‘Two Stepping In Time’ and the title track, the ‘Bloor Street’ album finds Kiefer navigating a range of emotions, from romance to nostalgia and from heartache to imaginative fictional narratives. While it explores a spectrum of moods and sonic influences, it’s united by the grit, pure feeling and authenticity of his voice together with his consistently compelling songwriting. The album was produced and mixed by the multiple Grammy Award winner Chris Lord-Alge (Keith Urban, Carrie Underwood), and recorded at PLYRZ Studios in Los Angeles.