BAND OF THE DAY: A STATE OF ROMANCE 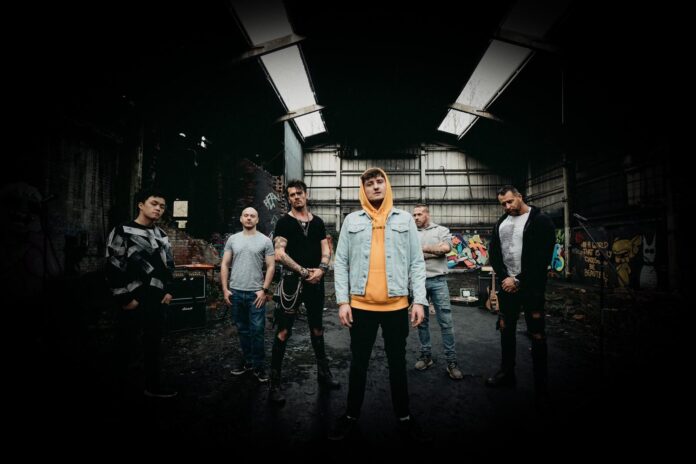 Formed in Sheffield, UK during the lockdowns of 2020, A State of Romance hit the ground running with their single, Reality.

The track has been played on hundreds of radio stations all over the world, including Kerrang! Radio, Total Rock, Primordial Radio, Boston Rock Radio, and Amazing Radio, and they hit the dancefloor with the accompanying video.

The shoot took place in Blackpool at the Flamingo Nightclub and was filmed in a day.

The band said: “We wanted to shoot something visually fun and exciting, using the nightclub lasers & cool retro dance floor brought the song to life, having the fire breathing girls in the video was cool too, but also it meant part of the story being ‘come back down to reality’.

Members Darren Rodgers and Dean Lilley were school friends and have a long history of playing music together. They formed the band Littlecrazy back in 1999 and had radio and TV success and toured all over Europe. They played numerous headline concerts, sold out several O2 Academy venues and were the last band ever to play the Don Valley Stadium in their hometown of Sheffield, before it was knocked down. The band split in 2013 and went their separate ways.

Darren later became the artist known now as ‘Damon Hess’ and went on to pursue his DJ career, signing to many major labels including, Warner, Sony & finally landing a deal with Ultra Records & Blackrock Publishing.

Over the lockdown of 2020, Darren & Dean decided to form a new band, taking inspiration from Linkin Park, Bring me the Horizon, and Pitchshifter to create a metal electronic infused rock band with a mixture of dance, drum & bass and sampled sounds.

Darren utilizing his production skills of the house music genre, started to create the sound that is to be ‘A State of Romance’.

Adding in Dean Lilley’s production touches, they searched for the vocalist which they later found in Jamie Wiltshire, from Cambridge. The band spent 6 months creating a 10-track album, sourcing the rest of the members, and in October 2021, they unleashed the first single ‘Reality’ upon the world, which was released on their own record label “Romance Records”.

The band are pulling in decent numbers on Spotify and the single has over 50,000 streams so far. They’re now in talks with various labels to sign the album, which will be released sometime in 2022. They’ve already started working on album number two!

‘A State of Romance’ will be hitting a town or city near you very soon and are expected to be massive within the next 12 months. Remember where you heard about them first;-)