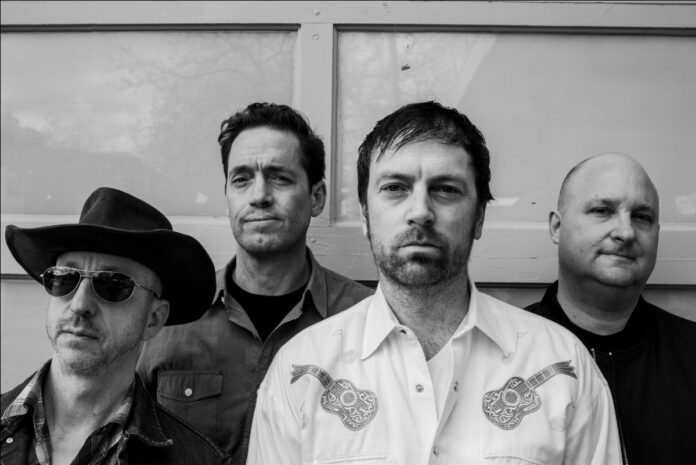 Miles Away, the new track from Seattle’s Massy Ferguson is taken from the their upcoming album Joe’s Meat & Grocery.

For more than a dozen years, Massy Ferguson has proudly planted their boots on both sides of the country-rock divide, carving out their brand of amplified Americana along the way. Based in Seattle, they’ve become international torchbearers of a sound that’s distinctly moody Northwest Americana, with a touring history that spans fourteen different countries. On their sixth full-length studio album, Joe’s Meat and Grocery, they double down on their rock & roll roots, mixing bar-band twang with a raw, guitar-driven bang.