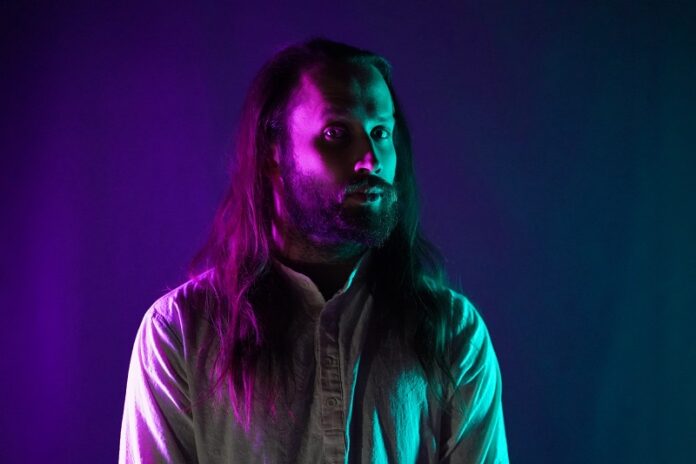 Jonathan Young is a new breed of musician. Taking the internet by storm since 2014 with his dark & deep ‘villain’ voice – writing, producing & playing every instrument himself, and leading a new generation into a fantasy world of epic & cinematic heavy metal – one viral video at a time.

“Children of Night” is Jonathan’s reflection on the fury & disappointment felt from realising the world his generation is about to inherit is broken and poisoned beyond repair, through no fault of their own and there’s nothing they can do about it. Joining Jonathan on this fiercely honest track is none other than Barry Stock, guitarist of Three Days Grace. With the assist of Howard Benson and Neil Sanderson of Three Days Grace, its the perfect team to create a truly hard-hitting track like this.

Jonathan young says this about the song“Children of Night is a dark and raw heavy metal anthem for the new generation – a generation that feels powerless & numb while we watch the world burn through no fault of our own. Heavy metal was a genre of music that was born out of channeling anger about the state of the world around us, and I’m bringing us back to those roots with this song.”

With over 2 million subscribers on Youtube alone – Jonathan started building his loyal following of nostalgic fans by reimagining the songs of pop culture with a new twist. Between ‘evil’ covers of Disney songs, Anime anthems adapted into English, and outrageous metal covers of classic songs, Young had racked up over 250 million streams by himself before even speaking to a record label.

But Jonathan didn’t stop there – also working on music for iconic franchises like Beyblade, Dragonball, Tesla and even breaking ambitious new ground in pop culture as the music director & lead producer on Wizards of the Coast’s first ever official soundtracks for Magic: The Gathering. Learning every step of the way, Jonathan began to build “Villainous Music” – a production team offering music services to brands & creators of the internet generation with efficiency & flexibility that has never been seen in the industry before.

While rising to self-made success online, Jonathan flexed his writing & production muscles with the release of Starship Velociraptor in 2021 – an 11-song heavy metal fantasy space opera that fans embraced as a tour-de-force of his creativity.

Attracting the attention of Grammy winning producer Howard Benson & record breaking songwriter & drummer Neil Sanderson of Three Days Grace, Jonathan Young now co-produces music alongside them as a member of their world-renowned production team at Judge & Jury Records – including his upcoming original album, with more details on that to be revealed soon, but what can be said is that ‘Wolf Within’ and ‘Children of Night’ will feature on the full length.

Earlier this year, Jonathan Young released the track ‘Wolf Within’ a song that challenges the relationship between the American heavy music and video game generation.

‘Wolf Within’ immediately entered the iTunes Metal chart at number 3, not far behind Megadeth and Lorna Shore. Jonathan’s engaged fans have come out in full force to support the single and he had over 17,500 pre-saves of the song alone.

Jonathan Young is causing a stir with his deep voice and unstoppable ambition.