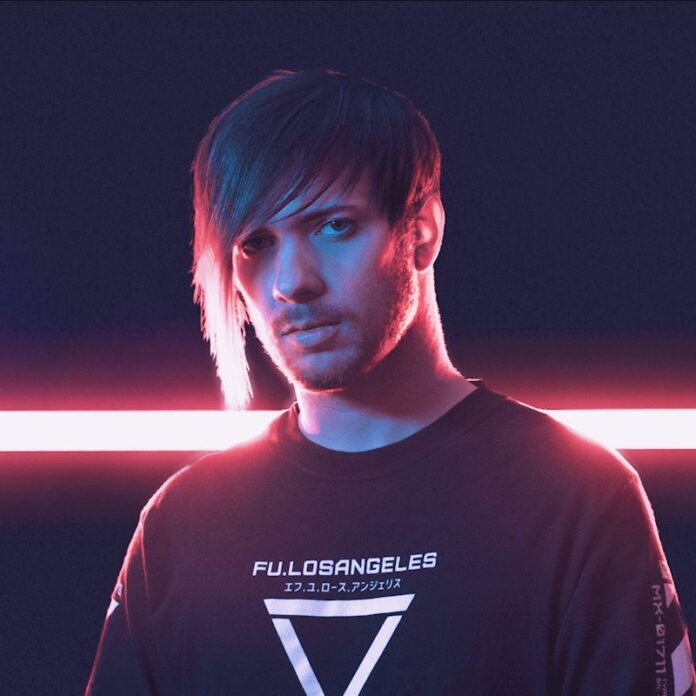 Essenger’s Cyberpunk Saga Continues With “Divine Virus”
Los Angeles, California – Essenger, currently on the Party ‘Til We Break Tour with Cybertronic Spree, continues his cyberpunk saga with “Divine Virus,” a sinister fusion of earth-shattering midtempo bass and mechanical metal. The sacred A.I. has arrived to pass judgment on humankind. Will you be deemed worthy of digital utopia, or is it already too late?
“Divine Virus” is out now on all platforms from independent label FiXT.

“You witnessed the omens, yet enter my sanctum with treason in your heart…
This is no longer your world” – Essenger

About Essenger
Essenger stands on the cutting edge of electronic music, blending an array of influences for a sound that pays tribute to modern alt rock, EDM, cyberpunk, and synthwave. The artist infuses his songwriting with powerful and personal lyrics, and the result is a singular creative style that forges new ground for contemporary electronic music.

The artist’s adept compositional skills and production chops helped his early singles attract a significant following while racking up hundreds of thousands of streams on individual songs. Essenger soon connected with prominent labels including Seeking Blue and Monstercat, and those early successes led to an album deal with independent label FiXT in late 2019.

To kick off the new partnership, FiXT released Essenger’s debut full-length album, After Dark, in early 2020. The recording featured collaborations with Scandroid, PYLOT, Young Medicine, and Lexi Norton, earning praise from fans while connecting with licensing opportunities including the popular freestyle dance VR game Synth Riders. In Summer 2020, Essenger followed up with a full-length remix album release of After Dark: The Remixes, including mixes from Protostar, Mazare, Direct, Kazukii, Extra Terra, and more. In early 2021 Essenger signed an exclusive multi-album deal with FiXT with new music planned throughout 2021.