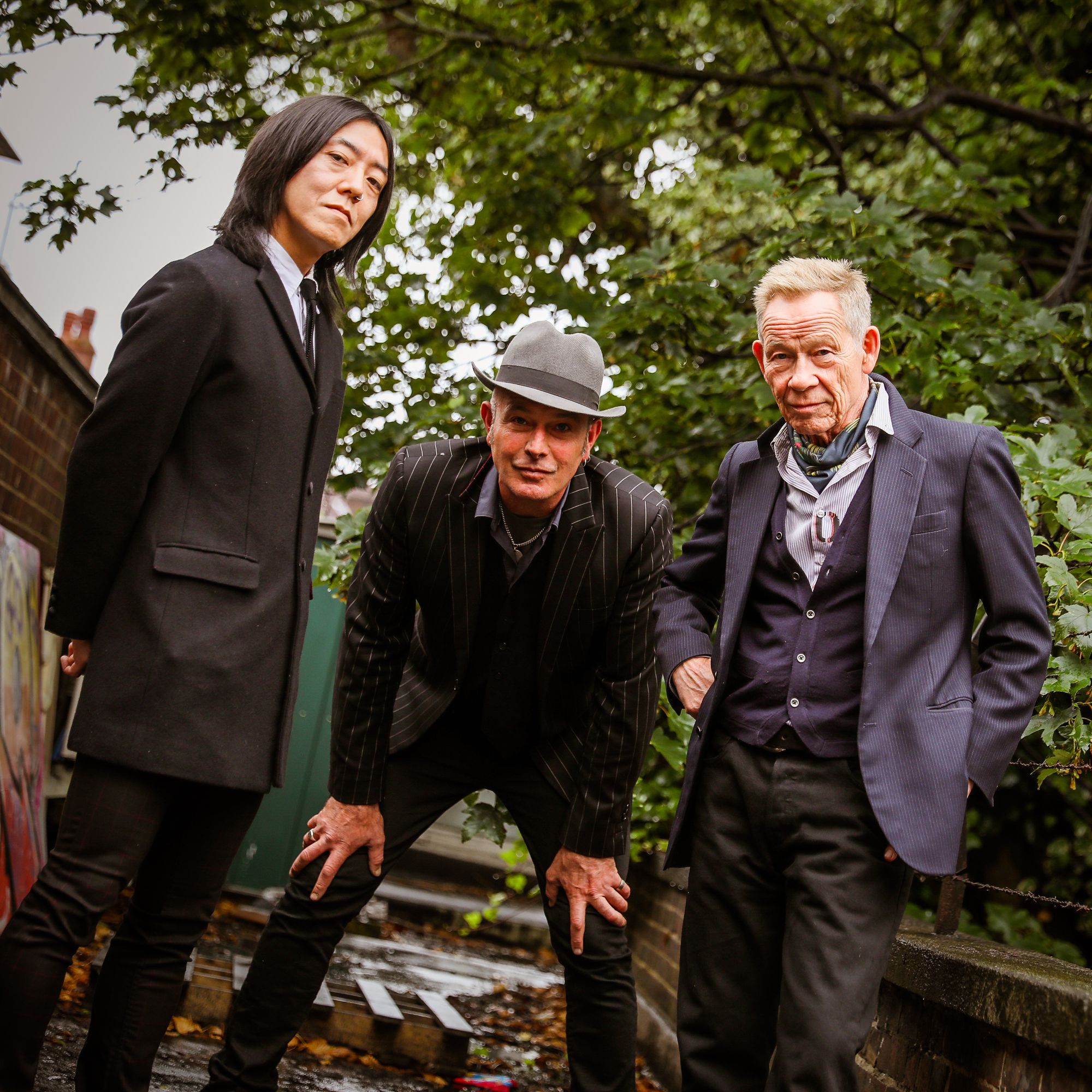 The Professionals recently released “Snafu” – an album our Andy reckoned made them sound “like the last gang in town”. Here, Steve catches up with singer/guitarist Tom Spencer to discuss stained glass, the CBGBS loo’s and his dad not liking the Pistols

01What inspired you to become a musician?

My dad John B Spencer was a musician.So there were always musicians hanging round my house who I could nab a guitar lesson off.  I got to gig with him and to play in a couple of his albums. He also wrote books.He passed away in 2002, he was only 56….. fuck cancer.

02If you hadn`t gone into making music, what do you think you would have done with your life?

Art. Which I do now with the stained glass – see our new album cover. Definitely something  creative. I’ve got one of those hamster wheel heads. I don’t sleep much.

03 Is there an artist or band you would have liked to have played with living or deceased and why?

There’s loads.  Had a great dream once that Bowie got me in his band.I guess the dream came after I saw him at a secret gig. I was right at the front. It was so secret I could go to the bar and get back to my place at the front.

04What is the best venue that you`ve played at and what venue would you love to play at?

Glasgow Barrowlands is pretty special, I’ve played there with The Men They couldn’t Hang.Although playing shepherds Bush Empire was like making it in my own manor. I’ve never played Hammersmith Odeon (Apollo) that’s on my list.I got to play a sold out CBGB’s with the Yo-yos, that felt good. Glad I didn’t need to use their toilet though.

05 Best and worst gigs you have ever played and why?

Played Glastonbury with my dad. What a mad weekend that turned into, and it’s a lovely memory now.My dad was almost too ill to do the gig (he’d recently had chemo)The idea was I’d drive him in, we’d do the gig, then I’d drive him home.  After the show my dad had a drink and said fuck this we’re staying. My brothers joined us and we stayed in a muddy tent.

Worst recent one was Madrid in 2019. Great big exhibition hall to 10 people. It was on the edge of town on their Election Day. Wouldn’t have been so bad but the sound was dreadful too. I guess the local crew had lost the will to live and work.Mind you we had a mental night out afterwards to make up for it.

06What is your all-time favourite album? Impossible question.I guess some of the albums I played to death as a teenager.The Specials first album.The Stray Cats first album.I loved Kings of the Wild Frontier when it came out, despite the fact it was cooler to like Dirk Wears White Sox.London Calling I got for my 12th birthday.Now any album by The Barker band. It’s bluegrass but make me chill out.

07What was the first record you bought and where did you buy it ?

I bought Daddy Cool by Darts at Woolworths in Chiswick high road. My dad bought Never mind the bollocks for £2.99. He didn’t like it and gave it to me. Funny how life works out.

08Is there an artist, band or an album that has really impressed you recently that you think we should check out?

On the famous side I like The Interrupters. Less well known Rich Ragany and the Digressions.

09 How did you get into stained glass and what work are you most proud of?

My mum made stained glass. Not very rebellious and I? Following my dad and mum.I sell stuff at Liberties now, which is cool. I was very proud of the panel I made in The Crobar – a tattooed lady in a whiskey glass.

10 Is there anything else you want to add or share?

Only that it’s great to restart the music works. To be on the road with an album out. I’ve missed the racket, daftness and gang vibe