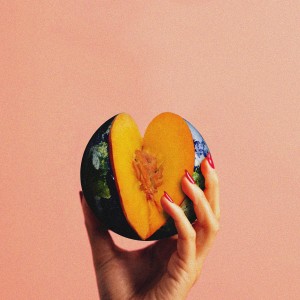 I’ve only seen Red Rum Club once, and I’ve every reason to remember the 29th September 2019. Suffice to say, it wasn’t a good day. Not at all. And yet, that hour or so that RRC were on stage felt like an escape.

That night, singer Fran Doran had praised “Joe” for changing the way the band sounded, and I was moved to write: “Joe” is Joe Corby, and he plays the trumpet in the Liverpool sextet. Now, horn sections are always fun, of course, but this isn’t that. This turns an indie band from the North West into something like the Wild West and it elevates these songs into something they just wouldn’t be without him.”

Fast forward a couple of years and we are on album number three, and “How To Steal The World” feels less “wild west” and more “north west”, but oddly, that sound – the sound of the trumpet – is still the driving force.

There’s just an innate happiness, a warmth about this record, and if that sounds incongruous given that “Drown” starts with a January dip in the Mersey, then its still there. This is now a sound that belongs to its area, and the wordplay is knowingly English.

Proudly and unashamedly pop too, there’s something timeless about “Love Me Like You Wanna Be Loved” its beauty its in both its simplicity and its accessibility. Likewise, one of the singles “Vibrate” – the chorus is glorious. String drenched the fear in “I need you to call me back she text in caps” is right there, front and centre.

The chug of “Summer Of Another Lover” is a sound entirely their own, but again, this is all about hooks. These boys live and die by them, and they are fabulous at them.

There’s a lot more to come too, you suspect. “Nightcalling” is straight out of a 70s disco. So much so you half expect them to start singing “Stayin’ Alive” at any point. The Bee Stevie Gee’s if you will. That they follow this with an acoustic tinged “Eighteen” is rather my point here, there’s a lot of ground to cover in these 39 minutes.

The title track is so happy it could be Supergrass – and actually there’s a lot of 90s rock n roll in this – while “Sweet Degrees” takes you back to the mariachi stuff, a little, but to be honest, there’s a degree of originality here that needs to be praised and highlighted.

These songs, purely and simply, stick in your head. “Come Back Anna Marie” is built around its bass groove, and “Disappear” – if it sounded any more 80s, would have me looking for a school disco when I was about 14. Apt too, given that it seems to look back to their own past.

“Monaco” is sensational. This is a band that is merely one festival away from being huge. Sunshine and togetherness, its all over this. And it really doesn’t matter whether you usually like indie pop or not (look at my usual reviews and see if I do) there’s something about Red Rum Club that is infectious.

They can write clever songs too. Whatever – more appropriately whoever – “Beautiful Mind” is about, it’s a lovely tribute.

And “lovely” actually is a good word for “How To Steal The World”. There’s something deep in these tales that it – even though its grey and November outside – transports you to somewhere warm and sunny.