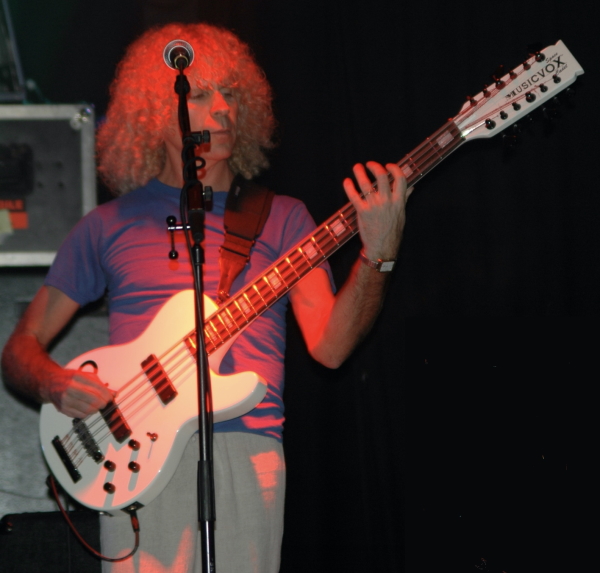 Clint Bahr’s new band, also named PUZZLEBOX, is a multidimensional “Tabula Rasa” in both compositional and improvisational formats. PUZZLEBOX is a genre-defying global collaboration of artists, a cross-pollination of diverse instruments and talents.

Delightfully blurring both stylistic and structural approaches, the tight-knit unit Bahr has assembled proves as unpredictable as they are adept, articulate and gifted. “PUZZLEBOX” recalls prog in its heyday when albums as uninhibited and off script as King Crimson’s “Lizard” and Captain Beefheart’s “Trout Mask Replica” were celebrated, and the Canterbury renaissance was in full swing. It harkens back to the same “reaching beyond” mentality which defined his seminal NYC-based power trio, TriPod. Brilliantly arranged and produced, Clint Bahr has delivered a multi-faceted, timeless epic … at such a time as this.

Says Bahr, “I decided to do a ‘solo’ album with friends from the UK and USA. They include former members of King Crimson, Anthony Braxton, Television, Van der Graaf Generator, Sun Ra, Flash, TriPod, Gloria Gaynor, YES, Andromeda, etc. The album is a 50/50 compilation of composed and improvisational pieces. More so, PUZZLEBOX is a recording & touring band with interchanging players from around the world with a core bass and drums section.”